The latest news in the world of video games at Attack of the Fanboy
January 5th, 2013 by William Schwartz 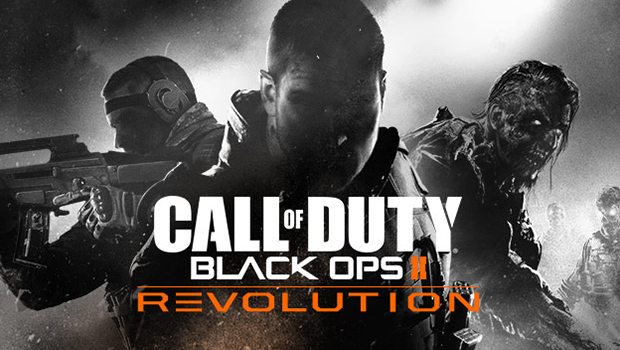 Last weekend a retail poster outed Call of Duty: Black Ops II first map pack as “Revolution”, and it appears that this peice of intel was correct. According to the leaked image, the map pack would include four new multiplayer maps for the shooter, as well as a zombies map, and a new gun called the “Peacekeeper SMG”. Neither Treyarch nor Activision has officially announced the expansion pack at this point, but a more official source may have unintentionally confirmed these details.

Over on the official Call of Duty website, details about the Revolution DLC was briefly displayed on the front page. Quick to fix the unintentional announcement, Activision has since removed the imagery, but not before it was captured (and can be found below).

An official banner image was also discovered for the upcoming content, which was posted by Charlie Intel earlier today.

The first expansion for Black Ops 2 is reportedly scheduled for release later this month on the Xbox 360, and will adhere to the traditional pricing structure of previous DLC in the Call of Duty franchise at 1200 Microsoft Points, $15, or as part of the Season Pass.