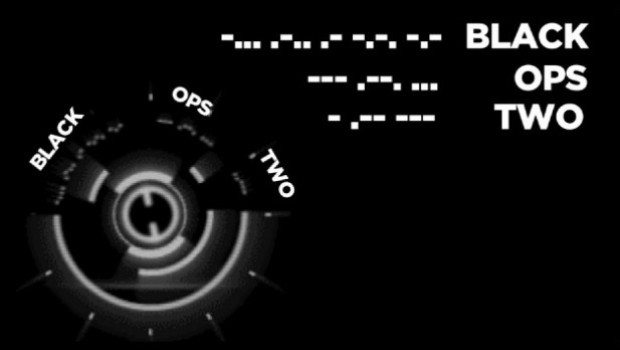 If you’ve taken a look at Call of Duty’s official website, you might have noticed the spinning circular pattern in the center of the screen as the page loads. In that image are a series of dashes and dots (you can see where this is going) and some clever whippersnapper out there noticed that this is actually morse code. Once translated, the message reads: “BLACK OPS TWO.” Shocker. After all the leaks over the past few months, even as recently as last week, this fun little easter egg isn’t anywhere near as surprising as it could have been. Just goes to show how much leaks can really ruin the fun of it all.

The only thing that led to the possibility of the game being called something else was some leaked retail promotional items that mentioned the subtitle “Eclipse.” Of course, that’s most likely just due to the fact that a solar eclipse will occur around the time of the game’s release. There is still the remote possibility that this is a red herring and Treyarch has given the game a completely different title altogether. Tomorrow, the next Call of Duty will be properly revealed and we can all finally find out what the next Call of Duty will be called. It’s Black Ops 2.