A recent photo was revealed on Twitter recently that allegedly reveals the preliminary box art for Call of Duty: Black Ops 2.  Rumors have been running wild as to the the titling of this Fall’s release, and it’s hard to tell if the latest rumor is in fact the genuine article.

Coming from Italy, the box art has some things in common with the already released teaser images that have been posted to the Activision web site prior to next month’s reveal.  It could just be a promotional display for the game, as retailers are likley to start taking pre-orders for the next title after it’s announced next month.

Whether or not the image below is real or fake, fans of the Call of Duty franchise will find out what they’ll be looking forward to, in short order. 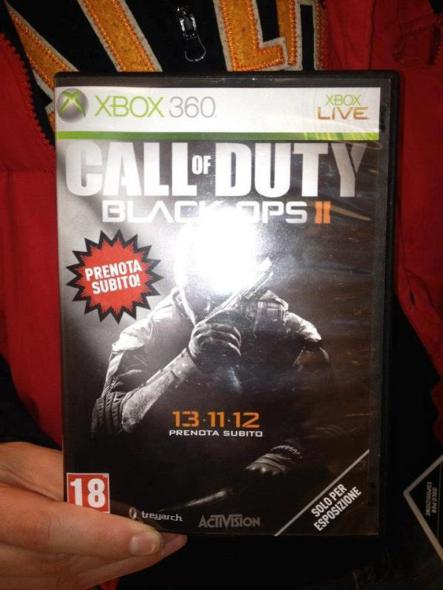