The latest news in the world of video games at Attack of the Fanboy
April 30th, 2011 by William Schwartz

To honor the Hollywood Style that has attached itself to the “Call of the Dead” zombies mode in Call of Duty: Black Ops Escalation, Treyarch has released a movie themed poster for the map pack.  The DLC is set to launch on May 3rd on the Xbox 360 and will run you the standard 1200 Microsoft points to access the content.

Along with the movie themed poster above, Treyarch has released a handful of screenshots and video that revealed the new path that the Zombies mode has taken.  Forgoing the traditional cast of characters, “Call of the Dead” features a handful of Hollywood talent to play the survivors in the revamped mode. 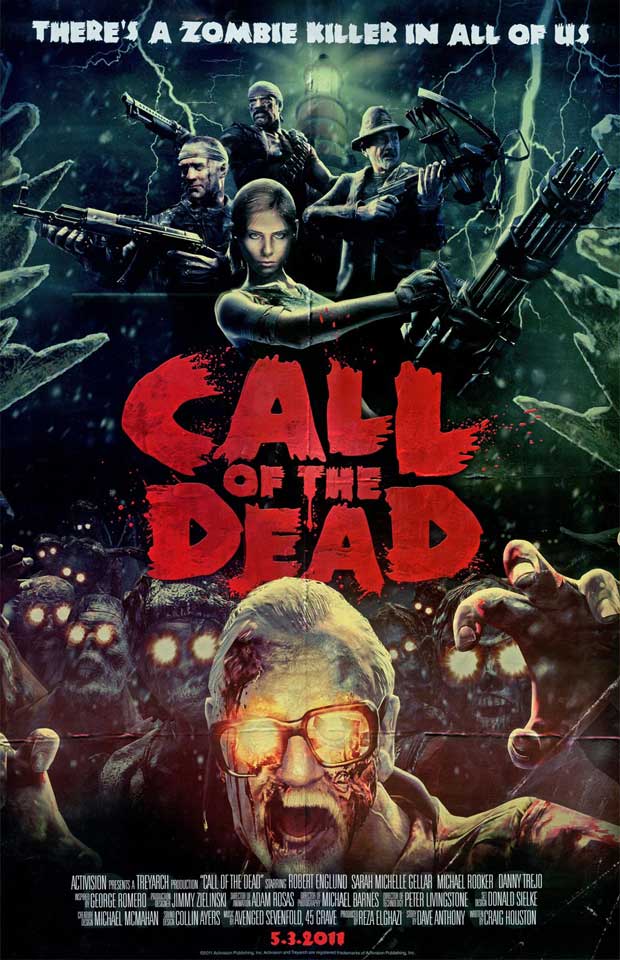