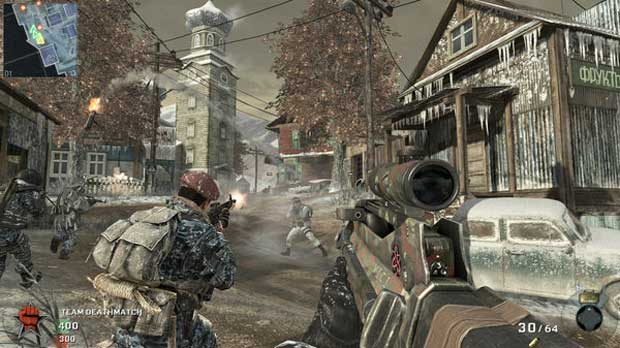 It has just been announced that the second Call of Duty: Black Ops Map Pack will be released on June 2nd for PC.  The Escalation Map Pack includes five all new maps, which includes four multiplayer maps and a completely revamped Zombies mode, with a new cast of characters.

The multiplayer portion of the pack, which includes four new maps, will take you to new locales in the Cold War setting of Call of Duty: Black Ops.  The Hotel, is set on the rooftop of a Cuban luxury hotel.  Convoy is an intense close quarters battle set amidst an ambushed U.S. military convoy.  Stockpile puts players in a remote Russian farming town which holds a secret stash of weapons of mass destruction.  Finally, Zoo is set in a long-abandoned Russian zoo with plenty of secrets to discover.

The Zombies Map, “Call of the Dead”, is a completely different zombies mode than has ever been seen.  Taken straight from the movies, four new survivors will battle an unyeilding zombie horde, led by none other than George Romero.

You can check out our review of the Map Pack here, and Steam has begun taking pre-orders for the pack which will save you 10% by ordering early.