Black Ops Map Pack 2: Escalation Due on Xbox 360 in May 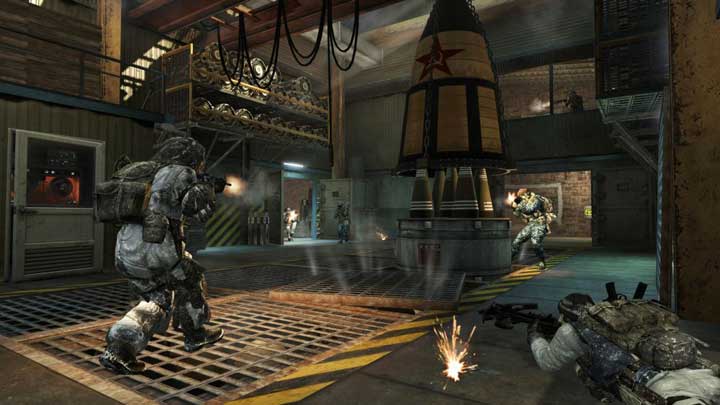 Australian games retailer, GAME, leaked a flyer for the next Call of Duty: Black Ops Map Pack.  Titled “Escalation”, this second map pack will feature four new multiplayer maps, and a brand new zombies map.  As you can see in the flyer below, the multiplayer maps look to be called Zoo, Convoy, Hotel, and Stockpile.  The next zombie map will be called “Call of the Dead”?

The flyer also notes, as expected, that the content will be available once again on Xbox Live before anywhere else.  So you can expect a PSN and PC release shortly thereafter the advertised date of May 3rd, 2011.  Will Treyarch continue to follow the path of interactive maps in Escalation?  If they do, will we see animal attacks at the zoo?  That would be awesome..I’m just sayin.

Expect more news on the second Call of Duty: Black Ops Escalation Map Pack in the near future.  As this wasn’t a planned announcement, no other info besides the leaflet is available at this time. 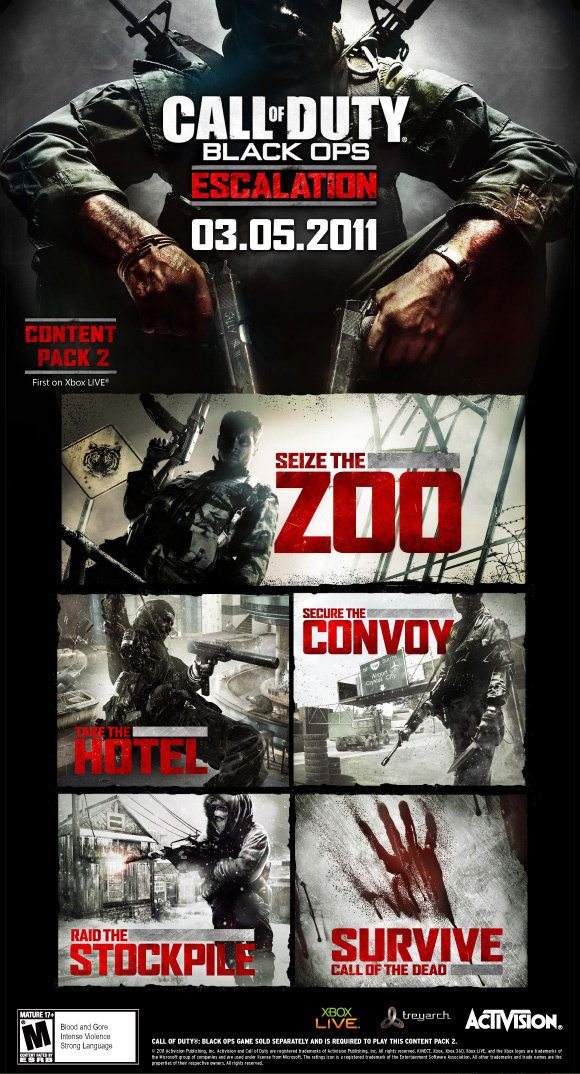