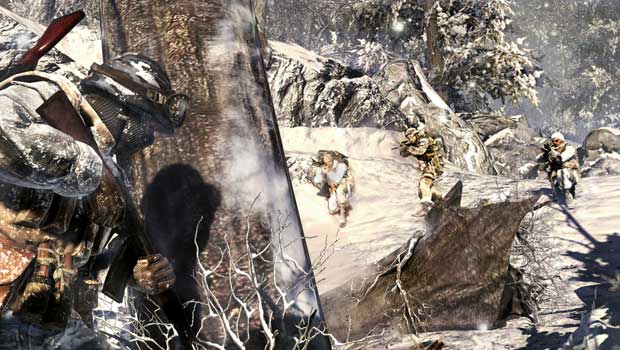 Call of Duty: Black Ops on PC just recieved its latest patch on Steam.  The patch includes a multitude of fixes for the game that have been giving PC gamers fits for quite some time.  The patch is also laying the groundwork for the promised mod-tools that are coming for the game, which Josh Olin said are still being planned for an end of the month release.  With only a handful of days to go, we could see mod-tools for Black Ops on PC in as little as four days.

Here’s the full list of fixes that will be applied to the game the next time you log in to Steam.

Added support for mods in preparation for the upcoming tools release.

Improved DLC filter in server browser – you can now hide any servers running content you do not own.

Corrected issue which sometimes required repurchase of emblems or clan tags on weapons.

Address some cases in which player could not receive Zombie invites.

Demolition bombs can no longer explode and be defused at the same time.

Spy plane now activates in One in the Chamber in all cases.

The “Sprint Kills” challenge for Steady Aim perk now rewards the player with the correct number of kills.

Addressed a rare issue where a hacked camera spike would not function properly if the hacker also had a camera spike that was destroyed.

Recording a clip with the speed mode for 2 cameras set to .1 will no longer increase in speed when switching perspectives back and forth.

Improvements to Zipline functionality when viewed in Theater mode.

Settings from custom games are all cleared and no longer carry over from one custom match to another.

Nova gas will now affect players that are standing over their tactical insertion.

Hardcore players who kill another teammate in Second Chance now lose the proper amount of points.