The latest news in the world of video games at Attack of the Fanboy
March 22nd, 2013 by William Schwartz 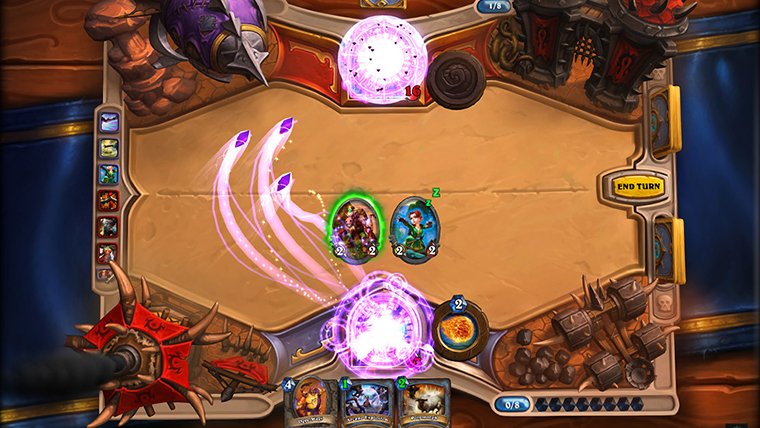 This morning at PAX East, Blizzard Entertainment announced that they have created a new team to work on a new free-to-play game called HearthStone: Heroes of Warcraft, a collectible card strategy game set in the Warcraft universe. Players will choose from nine different Warcraft classes, and the game will be structured around card packs, taking cues from classic trading card games.

There will be over 300 cards in the game, and players will collect cards in five card packs. Free players can earn all cards, but there will be an option to buy packs as part of the free to play model. Card packs will cost around a $1, and players who opt not to buy premium packs will take longer to earn all the cards.

Hearthstone will launch on Windows and Mac, but Blizzard will be bringing the game to iPad as well. The mobile application will launch shortly after the PC and Mac launch. Game is due out in 2013, with already slated for the summer.