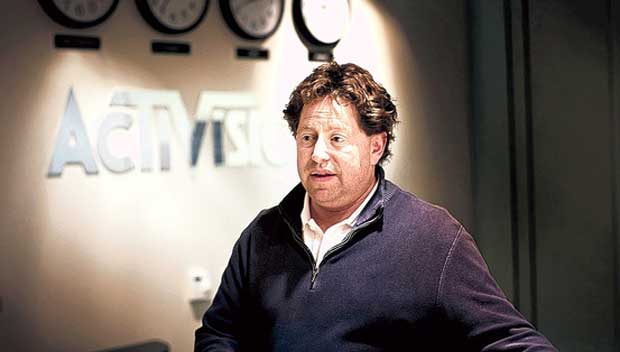 Bobby Kotick has gained a pretty gnarly reputation in video game’s culture as being all about the dollars, but Mike Morhaime, founder of Blizzard, thinks this public image is a grave misrepresentation of the CEO.  Morhaime told MCV in a recent interview that this persona has been grossly overplayed by the media, who take small sound bites out of context.

“I have an advantage there because I know Bobby personally and we have very long, in-depth conversations, so my view of him is not limited to small sound bites taken out of context,” said Morhaime.  “I can tell you that Bobby has been very supportive of Blizzard and that we have a great relationship with him. I don’t think the public image that some people have of him is fair or accurate.”

“We wouldn’t have been supportive of the deal had we believed that Bobby and Activision didn’t have an understanding of how special Blizzard entertainment is and weren’t supportive of our values. We were convinced that they did and that they were doing this for the right reasons, that the two businesses were complementary and that we wouldn’t be giving up our creative autonomy in any way,” Morhaime added. “And that’s exactly how it’s panned out.”

Considering that the CEO presides over many of today’s most loved franchises it’s easy to see why so many people dislike him, he has a much larger pool of people exposed to the content coming from his company.  I think it’s fair to say that most consumers don’t have a problem with profits, especially when giving them to the products that they love.  It’s that feeling of getting taken advantage of that most consumers hate.   There’s a disconnect between the world of gaming and the world of publically traded companies.  Where gamers hate to hear the words “exploit” or “capitalize”, investors and traders on the other hand, love them.