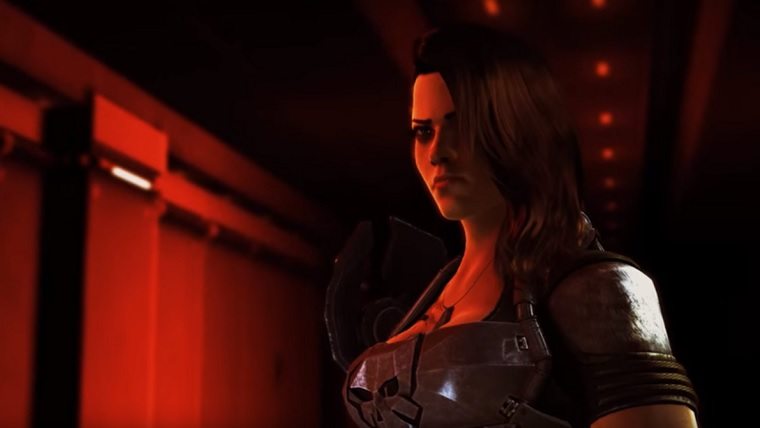 The Duke Nukem spin-off called Bombshell will be releasing later this month, though now we are finally getting a taste of what the game’s villain is like. The villain we are seeing for the first time, named Jadus Hiskel, is played by none other than Duke Nukem voice actor Jon St. John.

All of this has been revealed in a new trailer where we get to see some pretty sweet-looking cinematics, though unfortunately no gameplay is shown. Bombshell herself is voiced by Valeria Arem, who has been involved with many big FPS games such as Call of Duty and Titanfall.

The game has players controlling a Colonel in the Global Defense Force named Shelly “Bombshell” Harrison, whose career is suddenly cut short after she loses her arm in an attack called The Washington Incident. However, this doesn’t slow her down for very long as she is offered a new contract from a private military contractor that gives her a new mechanical arm.

Bombshell is developed by Interceptor Entertainment and will launch for PC on January 29, though releases for PlayStation 4 and Xbox One are expected to happen at some point later in the year. Check out the teaser trailer called Old Friends below.