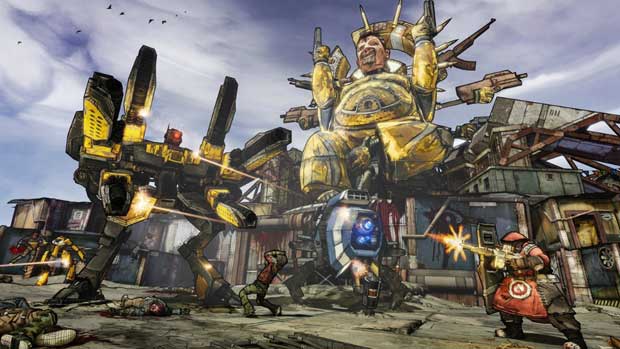 Borderlands drew a cult following with it’s co-op heavy gameplay, and as confirmed by Gearbox that aspect of the game will still be front and center in Borderlands 2.  Though Gearbox has expressed its interest in adding a competitive multiplayer element to the game in a recent interview.

“As far as talking about anything on the competitive side, it’s something we’re interested in, but we’re sticking true to the core of what Borderlands is and we’ll see where things go from there.” Scott Kester told Complex magazine.

From what we saw at PAX, the developers have fine tuned many of the co-op aspects of Borderlands 2, and have really listened to fan feedback on the game.  More options to participate in the online community were apparent, from the what we were explained.  But competitive multiplayer?  Let’s hope they ditch that idea all together and the whole “we’ll see where things go from there”  lead them to a little town called “Perfect Co-opville”.