Borderlands: The Pre-Sequel On New Gen Consoles a Possibility

The latest news in the world of video games at Attack of the Fanboy
July 5th, 2014 by William Schwartz 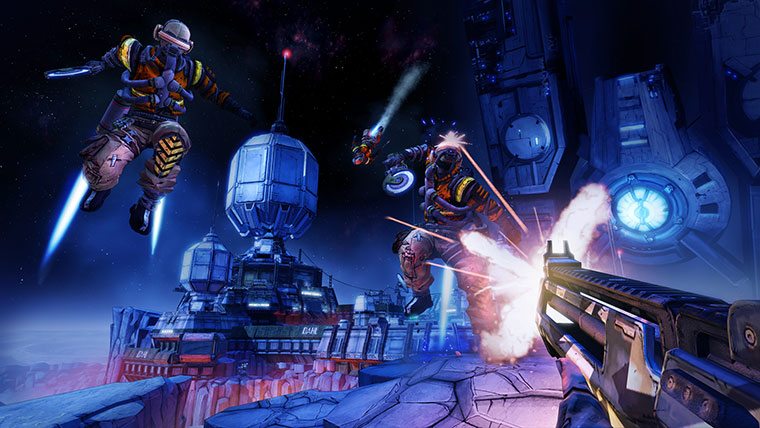 For any Borderlands fans that have moved on to the shiny, new generation consoles, leaving your PS3 and Xbox 360 systems behind to collect dust, here’s some potentially good news. During an interview with Gamereactor, Gearbox Software’s Franchise Director Matt Armstrong and 2K Australia’s Tony Lawrence gave their thoughts on the possibility of Borderlands: The Pre-Sequel venturing over to the PlayStation 4 and Xbox One. While nothing definitive was given, we now know that the option isn’t completely off the table. Here’s what Lawrence had to say on the matter:

“I guess we’re full on developing that PS3, 360, and PC kind of game. And we really believe in that too, I mean all the players of Borderlands 2 are playing on those consoles. That’s the choice they’ve got. So we want to reward those guys and give them the Borderlands: The Pre-Sequel on that console. I mean if fans say we’d really want this on a next-gen console, well, we’ll think about that. But right now we’re concentrating on the consoles we have.”

The two went on further to state that by providing the game on last-gen hardware, they aren’t dividing up their fan base. The team believes it would be “a little bit disingenuous” to force fans to buy an expensive new platform in order to play a game in the middle of a trilogy. I can’t argue with that, although I wouldn’t mind seeing the signature Borderlands art style pushed further without last-gen limitations. We may just have to wait until the inevitable Borderlands 3 to see what newer hardware allows the team to achieve.