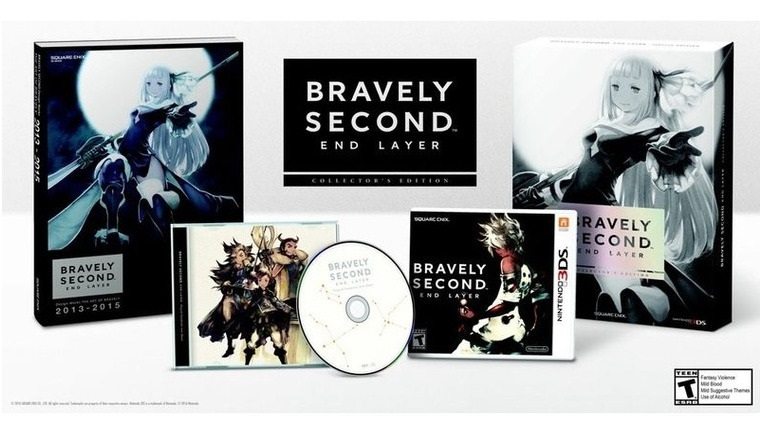 Bravely Default released back in 2014 in the US, with the developers saying they were aiming to make this a series moving forward. As a result, it was no surprise when the sequel, Bravely Second: End Layer was announced. With it released in Japan already and coming to Europe next month, the US did not have a release date for this one, until now.

Nintendo has officially announced that Bravely Second: End Layer is releasing in the US on April 15, giving the 3DS yet another game coming out early this year.

Along with the base release a collector’s edition of the game is coming as well with Bravely Second: End Layer Special Edition that is quite similar to the one previously announced to be coming to Europe, which will cost you $69.99.

This special edition includes what sounds like some very quality collectibles, including a 250 page art book and 10 track soundtrack CD, which you can all see above in the image.

The question now is just when will the US be getting the playable demo that was recently announced for a February release in Europe. That is putting it out only a few weeks ahead of the release in Europe, so would the US get it a couple months early or will we be waiting until late March or early April for it? We’ll have to wait and see, as nothing has been announced on this one yet.