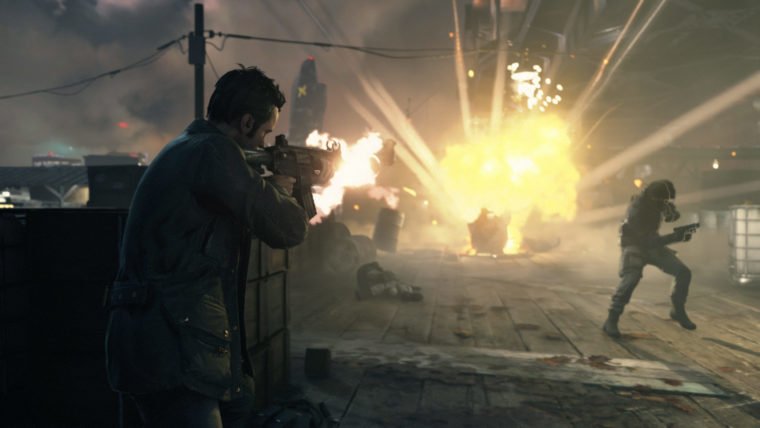 Update: The Brazil Advisory Board has since removed the listing of a PC version of the game.

Remedy Entertainment and Microsoft previously announced Quantum Break as an Xbox One exclusive. A new rating from Brazil suggests the game is coming out on PC eventually too.

As noted by Gematsu, the official website for the Brazil Advsiory Rating Board has now rated a PC version of Quantum Break. The rating was recently done on January 25th, 2016.

The content descriptors for the rating says: Drugs, Improper Language and Violence. The board just notes that the game is not recommended for children under 16 to play.

It’s interesting that this game is possibly coming to PC, but it’s nothing we haven’t seen before. Xbox One launch titles such as Ryse: Son of Rome and Dead Rising 3 were initially exclusives. Over a year later, they were ported over to the PC.

If Quantum Break is going to the PC, this might be a good thing as it means more people will have a chance to play it. Not to mention it might help increase sales of the game too.

Exclusives are good at shifting sales for a particular console, but sometimes it may result in lower overall sales. We saw this when Rise of the Tomb Raider was exclusive to Xbox One and Xbox 360. Analysts believe sales would have been higher if the PS4 had it at the same time.