Brütal Legend Sequel Will Happen, But Not Soon

The latest news in the world of video games at Attack of the Fanboy
June 15th, 2017 by Dylan Siegler 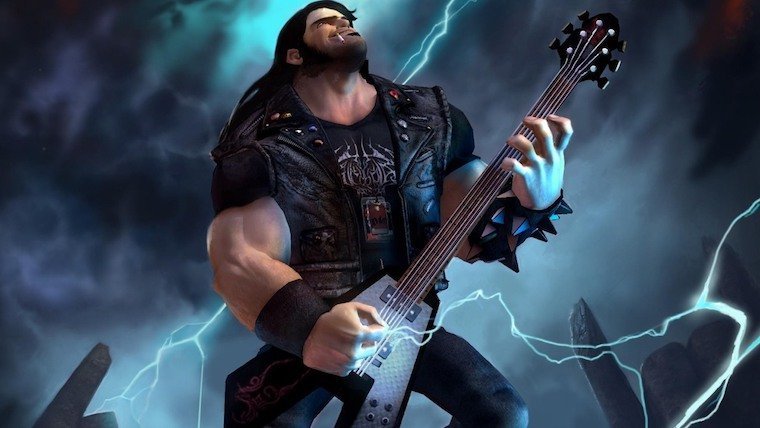 One of the less talked about moments of this year’s E3 was the fact that a sequel to 2009’s Brütal Legend was confirmed. Well, basically confirmed. During a panel on the E3 Coliseum stage, Tim Schafer, founder of Double Fine Productions, chatted with Jack Black about video games and stuff. Noticing the interesting pairing, a member of the audience shouted out, “Brütal Legend 2!” Schafer then explained that the purpose of the panel was not to announce the sequel. However, Schafer then stated, “Someday we’ll make that game.” So it’s confirmed. Brütal Legend 2 is happening. It just might not be for a long, long time.

Schafer explained that the biggest problem with creating another Brütal Legend game is that it would be an expensive game to make. GameSpot reports that the first Brütal Legend cost around twenty-five million dollars to make. Schafer has stated that Brütal Legend is Double Fine’s best-selling game, but apparently however much money it raked in isn’t enough to justify a sequel that may exceed the original’s twenty-five million dollar development cost. At least not yet.

There are probably several reasons why making a game like Brütal Legend is so expensive. One is the sheer nature of the game; any open-world game is going to require a lot of work by a lot of people, and all those people need to get paid. Additionally, the game featured voice acting by a lot of heavy metal legends, such as Ozzy Osbourne, Rob Halford, Lemmy Kilmister and Lita Ford. Paying for all these appearances probably cost a fair bit of money too. Then, to top it all off, the game had a killer soundtrack, but one which Double Fine must have spent a fortune on getting all the rights to. The soundtrack included songs from such bands as Motörhead, Ozzy Osbourne, Judas Priest, Children of Bodom, DragonForce, Megadeth, Mötley Crüe and KISS, to name a few.