Bungie Comments on Destiny 2 for Xbox One X

The latest news in the world of video games at Attack of the Fanboy
June 15th, 2017 by William Schwartz 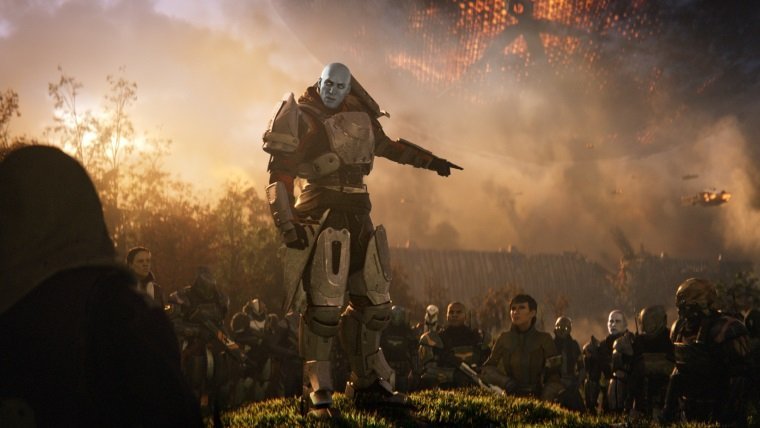 With the Xbox One X now out in the open there’s been a lot of discussion regarding which developers would take advantage of the power of the new console. Moreover, it’s been speculated that games that feature partnerships with Sony like Call of Duty and Destiny would hold back on the performance side as some sort of partnership agreement.

Being one of the most anticipated games of the year, Destiny 2, is one of those games that fans are wondering about. It appears that they are currently evaluating the situation, according to Mark Noseworthy of Bungie and regardless of what happens with that game they aren’t holding back performance due to any arrangements with their partner.

We are currently evaluating 4K for Xbox One X

Noseworthy says in a multi-part tweet: “We would never hold back game performance on a platform to appease a partner. No partners asked us either. We optimize for each platform’s tech to deliver the best social action game experience we can. Period. All consoles will run at 30fps to deliver Destiny 2’s AI counts, environment sizes, and number of players. They are all CPU-bound. We are currently evaluating 4K for Xbox One X. It launches after Destiny 2 so we are focused on the launch consoles right now,” says the developer.

Whether or not Destiny 2 gets a 4K update on the Xbox One X is yet to be seen. We’re not holding our breath for it, but you never know. Especially with these tweets from the Project Lead for the game, we very well could see the game get a 4K update for Xbox One post-launch.

Destiny 2 is currently slated for a September release on Xbox One and PS4, with a PC release later in October. A beta for Destiny 2 is coming this summer.