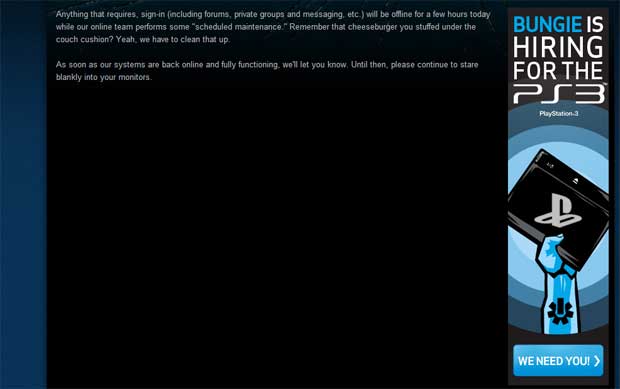 Whatever it is that Bungie is getting ready to unleash on the world, it looks like it’ll be coming to the PlayStation 3.  On a recent trip over to Bungie.net, I saw something that stuck out like a sore thumb, as I’ve been frequenter of the site over the years.  This ad from Bungie popped up, looking for developers for the PS3.

Since Bungie left Microsoft, and inked a deal with Activision, we knew that their next title would be multiplatform.  Now I think we can reasonably say that Bungie’s next game will be coming to PlayStation 3.  The mystery title is anyone’s guess, but many have pegged the developers for a first person shooter/MMO.  Bungie has announced it will not be at E3 this year, so we may not hear about the game until another milestone date, Bungie day 7.7.11

The developer recently announced on its weekly update that a big reveal is coming.