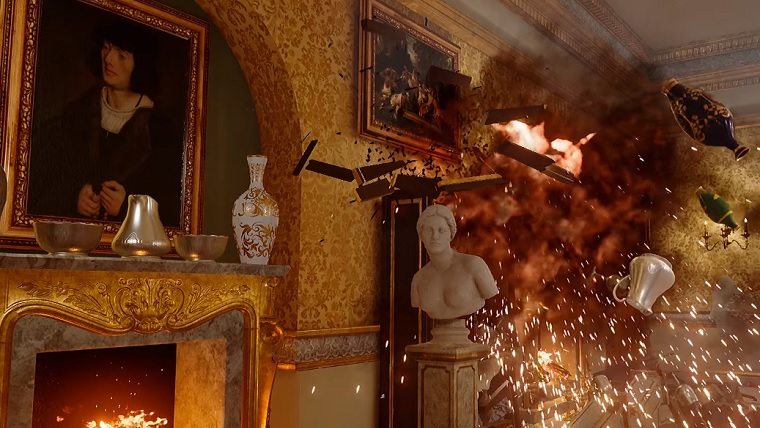 Earlier this year we learned that the developers responsible for the Burnout and Black series was working on a new IP, which was eventually revealed to be a strange-looking game called Dangerous Golf. The game is being developed by Three Fields Entertainment, and comes with a distinct twist on the standard golf formula that has been shown off in a couple of new videos.

The object of Dangerous Golf is not to hit a ball into a hole, but to take that ball and destroy as many things as humanly possible with it. This is where the Burnout comparisons come into play, as chaos and destruction are a central theme to this intriguing new game.

There will apparently be lots of content packed into the game, as well, with over 100 holes to try out that take place in unique settings like Palaces, Castles and even a Gas Station. A World Tour mode and an eight-player party mode will be included, though more details on those will come later this year.

Dangerous Golf is set to launch for PlayStation 4, Xbox One and PC this June. Check out the new footage of the game below.