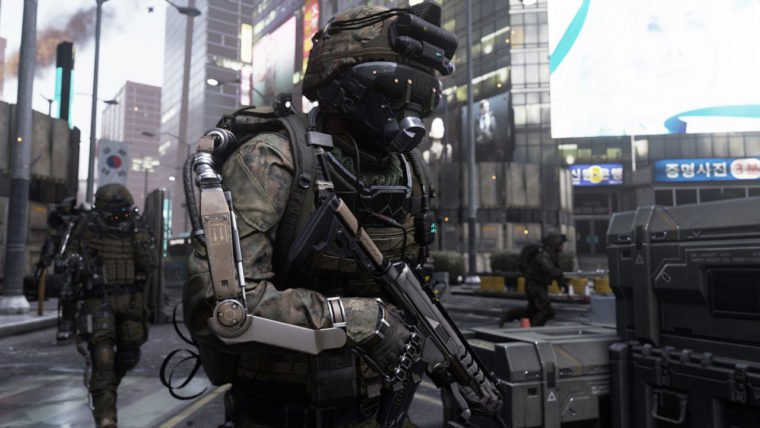 IGN has added a fresh update of 45 new achievements to their Call of Duty: Advanced Warfare Achievement list. While simply having the title and description of the achievement gives a lot of info, we unfortunately don’t have everything just yet. The list does not contain the actual gamerscore given for each of the achievements or what level of trophy they will be, and we cannot be sure that this is the final list. In fact, I would guess that it is not as past titles have had much more than 45 achievements.

Take a look at the list below or head over to IGN’s wiki page to check for future updates. Spoiler warning, some of the descriptions can give away important plot information.

Carma
Kill an enemy by throwing a car door at them.

A New Era
Complete the campaign on any difficulty.

Excellence in Everything
Complete the campaign on Veteran difficulty.

Escape Artist
Avoid 20 grenades by dodging with your exo.

Loud enough for you?
Kill 10 enemies or drones while affected by a sonic blast.

Fly Swatter
Knock 25 Drones out of the sky with EMP grenades.

Where Are You Going?
Stop an AST with an EMP grenade.

History in the Making
Collect over half of the Intel.

Ferrum Absconsum
Collect all the Intel.

We Have the Technology
Spend 20 exo upgrade points.

Not on my Watch
Prevent the walking tank from being destroyed by the Drone Swarm in “Induction.”

Deadeye
Score “excellent” in the shooting range in “Atlas.”

Grenadier
Score “excellent” in the grenade range in “Atlas.”

Look Both Ways
Kill all the KVA in the traffic section without shooting a civilian vehicle in “Traffic.”

Fire and Forget
Kill 10 enemies with the Mobile Turret missiles in “Fission.”

Wheelman
Finish the hoverbike sequence without hitting any walls or obstacles or taking damage in “Aftermath”.

Sitting Ducks
Kill 3 enemies with one shot of the Sniper Drone in “Manhunt.”

Party Crasher
Kill 20 enemies with the Grappling Hook in “Sentinel.”

Crates on a Plane
Complete “Sentinel.”

Restricted Airspace
EMP 10 enemy aircraft out of the sky with the hovertank in “Bio Lab.”

Man Overboard!
Melee an enemy so they fly off the side of the ship in “Armada.”

Flying Ace
Shoot down 10 enemies with machine guns in “Throttle.”

Heavy-Handed
Go through 20 gun drops in one-armed combat in “Captured.”

The Wheat from the Chaff
Complete “Captured.”