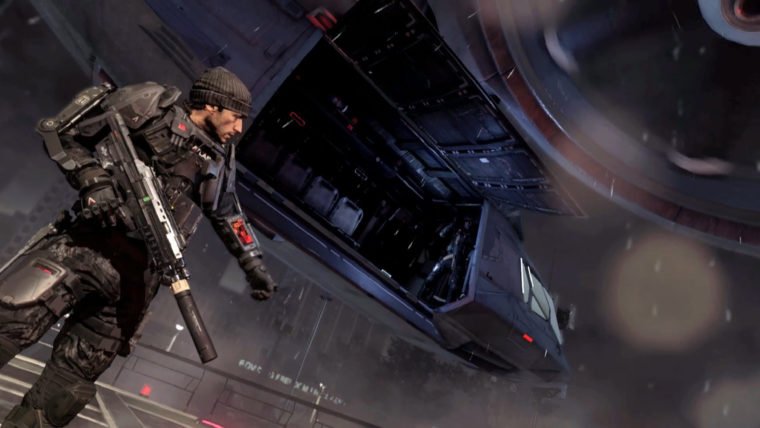 Call Of Duty has been a franchise that since Modern Warfare has had a fair share of collector’s editions and they have all been pricey and it looks like Call Of Duty: Advanced Warfare will not be bucking that habit with the reveal of two Atlas Editions. 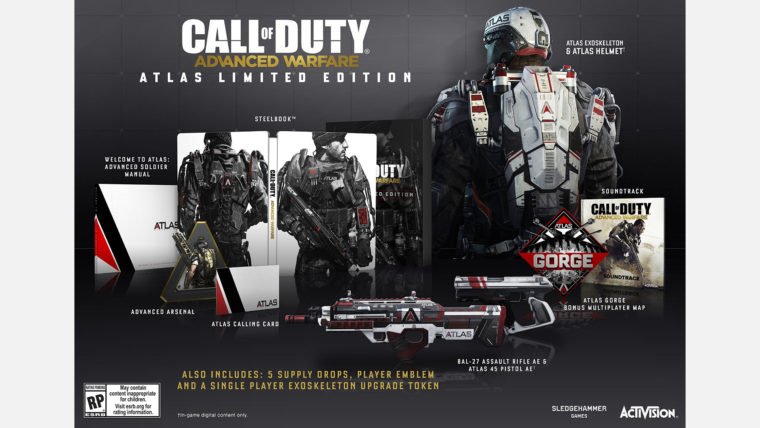 The Atlas Digital Content Pack will feature two weapons, the Bal-27 AE Assault Rifle and the Atlas 45 AE Pistol both themed to the Atlas Corporation to match the included Atlas Exoskeleton for your character to set you apart from the pack which also includes the Atlas helmet as well. Also included is an Atlas playercard to add more uniqueness and a single-player exoskeleton upgrade token to help you right as you jump into the campaign. Finally, the digital content pack ends with five bonus supply drops which unlock a variety in-game content.

Not bad for $79.99 for the Atlas Limited Edition, however if you are looking to go for broke and pick up the Call Of Duty: Advanced Warfare Atlas Pro Edition it will set you back $119.99. It includes everything above that was in the Atlas Limited Edition but also includes the Call Of Duty: Advanced Warfare Season Pass which is said to provide content into 2015.

Call Of Duty: Advanced Warfare is set to release on Playstation 4, Xbox One, PC, Xbox 360 and Playstation 3 on November 4th.