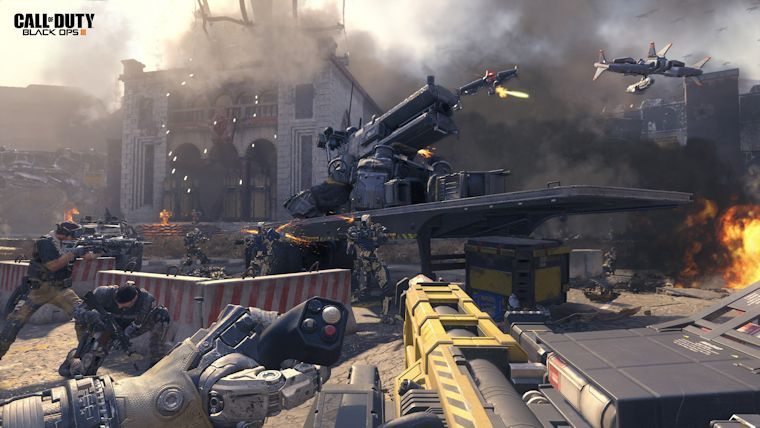 Activision and Treyarch have now released update patch 1.09 for the PS4 version of Call of Duty: Black Ops 3. The update patch is due out in order to support the upcoming release of the Eclipse DLC pack.

The update patch itself clocks in at 1.07GB on the PS4 and the version number is now up to 1.09. It is only available for the PS4 version right now because the Xbox One and PC are not getting the Eclipse DLC yet. It’s likely their updates won’t be released until a later date.

It’s worth mentioning that the Eclipse DLC for Call of Duty: Black Ops 3 is a separate download to the update patch itself. Make sure you have enough room on your PS4 in order to download all of the required updates and DLC for the game.

As aforementioned, the purpose of the update is to support the Eclipse DLC which will be out tomorrow for PS4 owners. The PS3 version of Call of Duty: Black Ops 3 will not be receiving anymore DLC packs. The same goes for the Xbox 360 version.

If you want to read on all of the update patch notes, you can do so now by simply clicking here. Most of the changes that have been made improve on the Multiplayer and Zombies modes of the game.