Call of Duty: Black Ops, a betrayal of Shareholder Trust 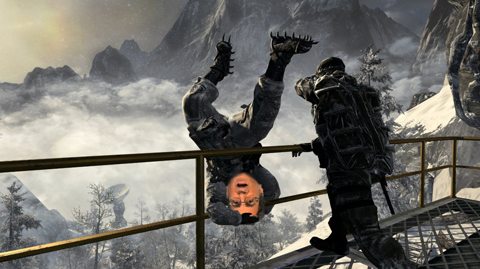 Michael Pachter is a well known games analyst.  Some things that he says hold weight, and others fall by the wayside as nothing more than speculation.  His most recent comments were focused on Activision and Call of Duty: Black Ops.

It has been speculated by Pachter and other analysts that the Call of Duty franchise need be monetized further to maximize shareholder gains  on the success of the popular shooter.  Eric Hirshberg flat out denied the speculation of Activision ever charging for Call of Duty multiplayer.  Hirshberg clarified:

“He’s probably looking at meta-trends in the world and in culture about online services and new ways things should be monetized from Netflix to cloud-based computing. …But at the end of the day, all I’m trying to get across is I can unequivocally say we will never, ever charge for the multiplayer.”

Which in all reality is the best solution.  It might not be the best way for the publisher to maximize revenue for any specific title, of course it would generate more profits to the bottom line if a subscription was required for CoD.  But, how many people would leave the franchise if this becomes the case? The pure and simple rationale behind buying any Call of Duty game is that it provides many hours of enjoyment and is a well developed franchise. When you take into consideration that many of the game’s players on the Xbox 360 already pay for a subscription based service to play online, you start to see that the beef that shareholders should have is with the middleman and not the consumer.  Patcher defined Hirshberg’s statements as a betrayal by saying:

“Considering that each of the publicly traded publishers exists to maximise shareholder value, we view their reticence to monetise multiplayer as a betrayal of shareholder trust, and can only hope that each implements plans to address the impact of increasing free multiplayer going forward.”

Let’s not forget what Pachter’s job here is and it’s to analyse and rate companies that his firm ,Wedbush Morgan, have an underlying stock position on.  Because of the stock market’s natural inclination to be a forward looking mechanism, Pachter must find ways to justify the price of the companies stock moving upward from point A ,now, to point B, in the future.  Ignoring the simple fact that there is likely a very large percentage of players that would outright not purchase the game ever again for this reason, it safe to say that Pachter puts no weight or monetary value on consumer brand loyalty.  Hopefully, Activision can stick by it’s guns and never charge for Call of Duty Multiplayer but let’s not forget who made these comments.  Hirshberg is definitely not Bobby Kotick.