The latest news in the world of video games at Attack of the Fanboy
April 29th, 2016 by William Schwartz 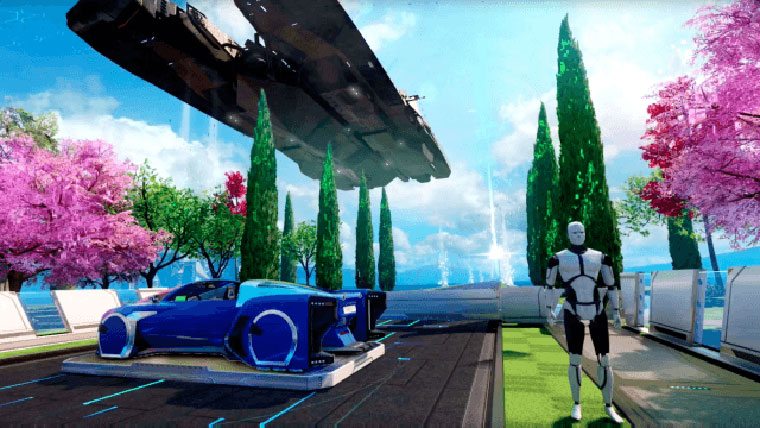 Activision has begun its tease for Call of Duty: Infinite with an update to the NukeTown map in Black Ops 3 that has a spaceship flying overhead.  While that’s not too subtle a hint, it looks like the next Call of Duty will most certainly have some far-future elements to it.  There have been plenty of rumors hinted over the last few days regarding the next Call of Duty game.

We heard and seen listings for a Modern Warfare Trilogy Remaster, a Legacy Edition of “Infinite Warfare” that includes a remaster of Modern Warfare, and even a leak that revealed the reveal date.  While Activision hasn’t come out and said it, their retail partners have pretty much let all of the cats out of the bag.

Earlier today, this image surfaced that revealed a couple of editions of the game with prices, and a clear shot of a very futuristic soldier as the front cover for the game. 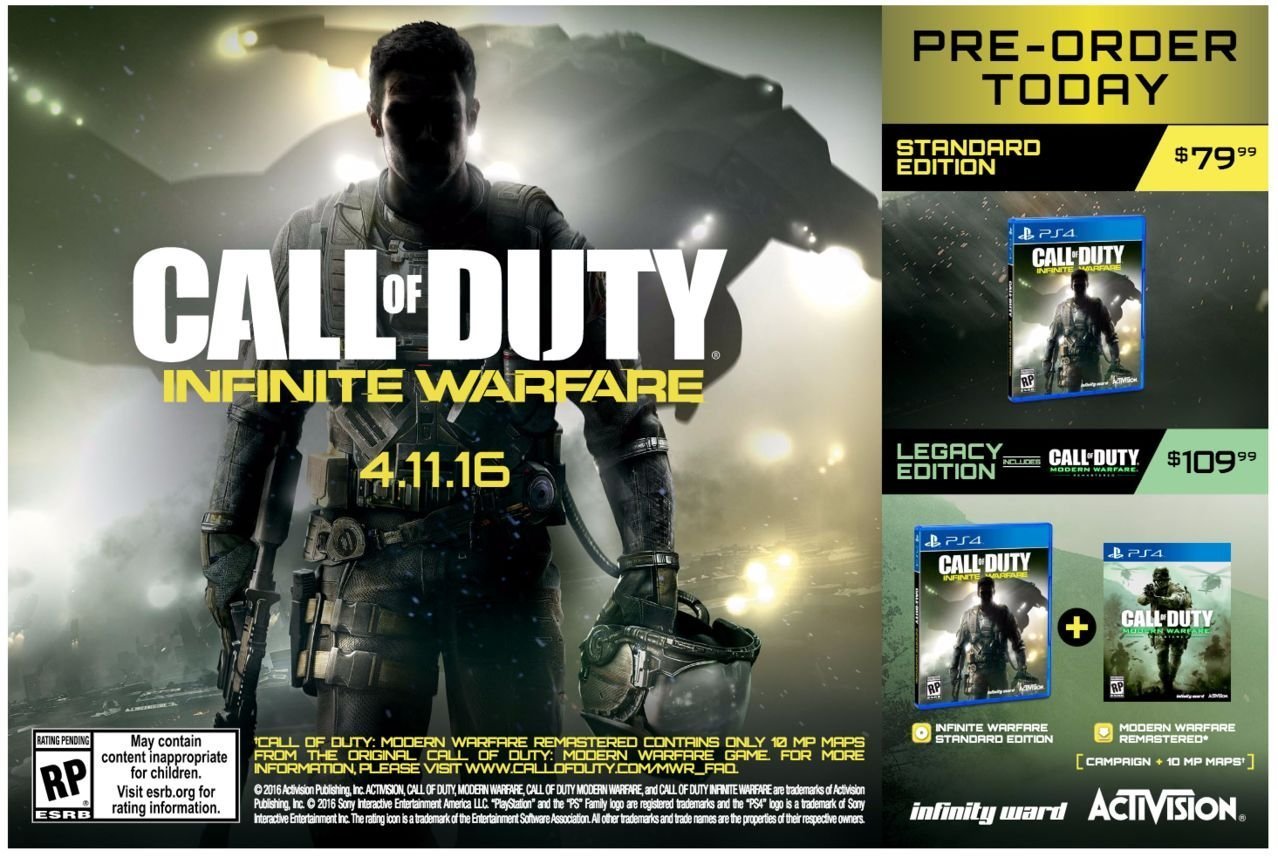 Infinite Warfare is all but confirmed to be another take into the far future, but just what that means for the direction the series goes in is anyone’s guess. Apparently Call of Duty: Ghosts was a one and done to kick off the generation. It would seem that the new movement abilities introduced in Advanced Warfare and Black Ops 3 are here to stay, but at least Modern Warfare Remastered players will have more classic gameplay to fall back on.

According to the poster, the Modern Warfare remaster would feature the original campaign and 10 multiplayer maps.

If the image indeed turns out to be the real thing, Call of Duty: Infinite Warfare will launch on November 11th, 2016. For now, you can go check out this spaceship in Black Ops 3’s Nuketown 24/7 Event which is being held this weekend.