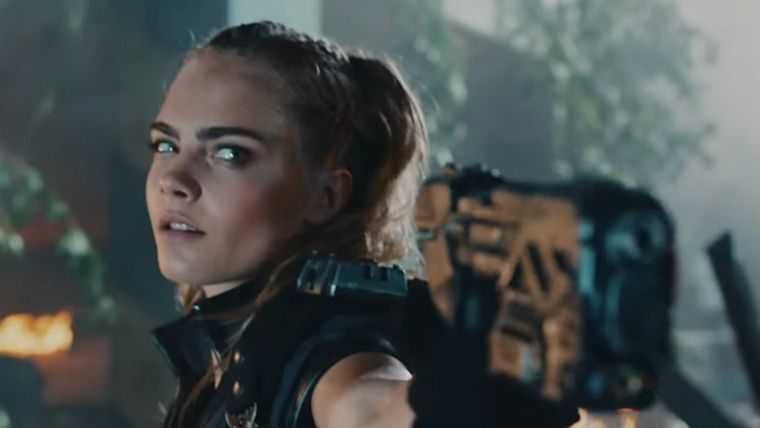 Call of Duty: Black Ops 3 is only a few days from release and this one is bound to sell insane numbers as always. One of the staples of the series in recent years has been a star-studded live action trailer and naturally they have released another to increase the hype before launch.

This Call of Duty: Black Ops 3 trailer features the “player” Kevin as he fights enemies with the help of a few celebrities. This Wayne McClammy directed trailer starts off with Michael B. Jordan narrating what is going on, with “Paint It Black” of course playing in the background.

Another celebrity pops up after that in NFL superstar Marshawn Lynch, who is preparing to fight, but not before using his nickname in a fun way with “Y’all want some Beast Mode, huh?”

Before the commercial for Black Ops 3 is over, we also get the introduction of the model turned actress Cara Delevingne, who gets her own badass moment as well. Perhaps this is only a taste of what we’ll see her do in next summer’s Suicide Squad.

Even if you aren’t a fan of Call of Duty, these commercials are always a lot of fun to check out. If you are interested in the game however, Call of Duty: Black Ops 3 will be releasing this Friday, November 6.