Call of Duty: Modern Warfare and Warzone Cheaters To Be Matched Together 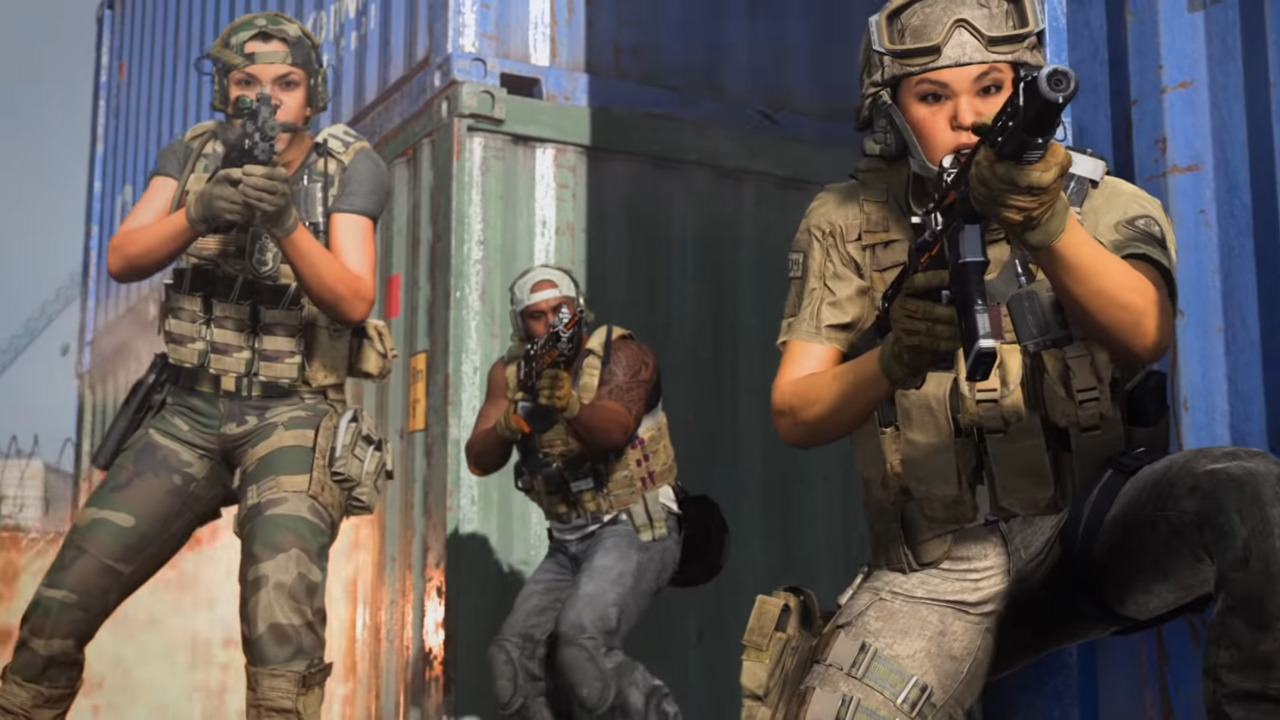 Cheaters in both Call of Duty: Modern Warfare and Warzone are about to have a rough time starting this week, as Infinity Ward rolls out an update aimed at making their lives Hell. Today on their official Twitter account, the company shared their plans to address the rampant cheating that has plagued both games.

The best bit will be cheater-only lobbies. Here on out suspected cheaters will be matched against other suspected cheaters, clearing out regular lobbies for those of us who rather not use a wallhack or aimbot to pad our kill-death ratio (I hope they livestream these matches; you know you want to Infinity Ward). Additionally, players who report a suspected cheater will now receive an in-game notification when a player is banned, which should restore faith in the system (knowing the asshole you reported got smacked by the banhammer does wonders for morale). 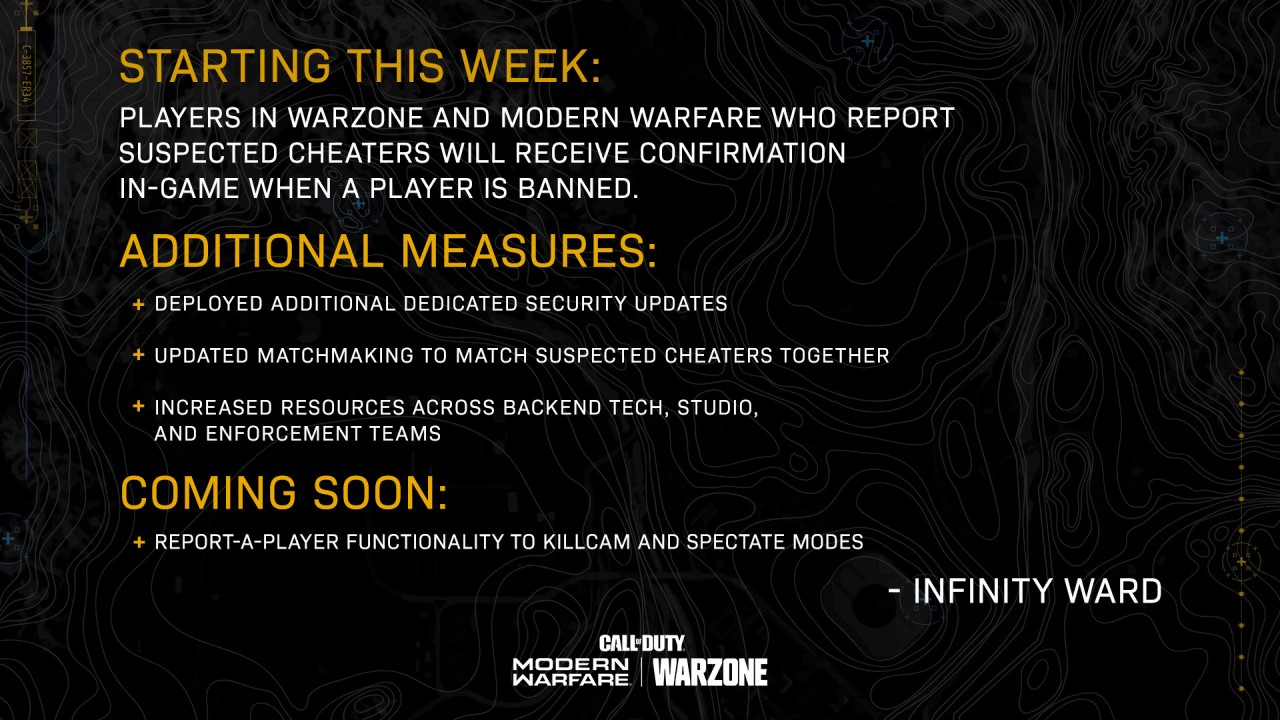 Infinity Ward will also “deploy additional dedicated security updates,” and they are doubling down on their backend resources to better combat and detect cheaters. While not coming in this week’s update, players will eventually be able to report cheaters via killcams and while spectating. These are all welcome steps, and should make crossplay a little less stressful for console players who were concerned their PC brethren were ruining the fun. Time will tell how effective these measure are, but for now both Modern Warfare and Warzone players can breath a little easier.

Home / Game News / Call of Duty: Modern Warfare and Warzone Cheaters To Be Matched Together