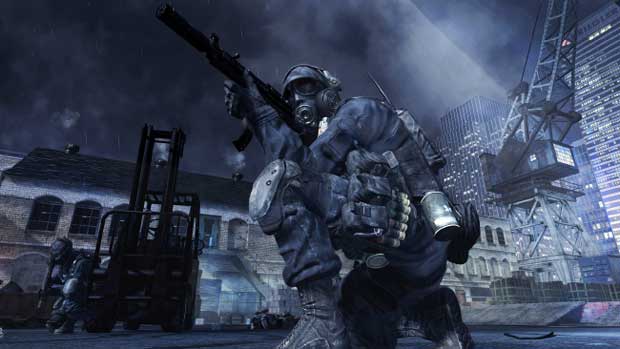 Call of Duty has been dominating the video games industry for years, breaking sales records in the process as the franchise has gotten more popular every year.  With Modern Warfare 3 closing in on its fall release, there are a segment of gamers that dislike what Activision has done with the franchise, updating the series every year with a fresh coat of paint, a new name, and some gameplay tweaks.

Activision isn’t concerned by the sentiment and believes that these people are in the minority, with CEO Eric Hirshberg claiming that the complete opposite is taking place, people want MORE Call of Duty, stating that the franchise has “a lot of momentum”.  The CEO believes that Activision is in the sweet spot with Call of Duty.  Working with multiple studios on the franchise, allows a yearly edition that gets two years of development.  The stakes are high for the publisher, with Call of Duty being a large chunk of their revenues, but Infinity Ward and Treyarch have been able to continually add new fans to the franchise each year.

“I think right now we found a really good cadence that allows enough development time for the studios to make [a great game]. Every Call of Duty game has so much pressure on it to be the best and to innovate and to continue to lead this genre and to lead the industry that we need to allow them the right amount of development time and the right amount of resources. – said Activision CEO Eric Hirshberg.”

Consumers have proven that they want more Call of Duty according to sales figures, but it’s definitely hard to please everyone.  This year Modern Warfare 3 will feature an expanded Spec Ops Mode, alongside the always excellent multiplayer, which should appeal to an even broader audience than ever before.