The latest news in the world of video games at Attack of the Fanboy
December 15th, 2017 by Jelani James 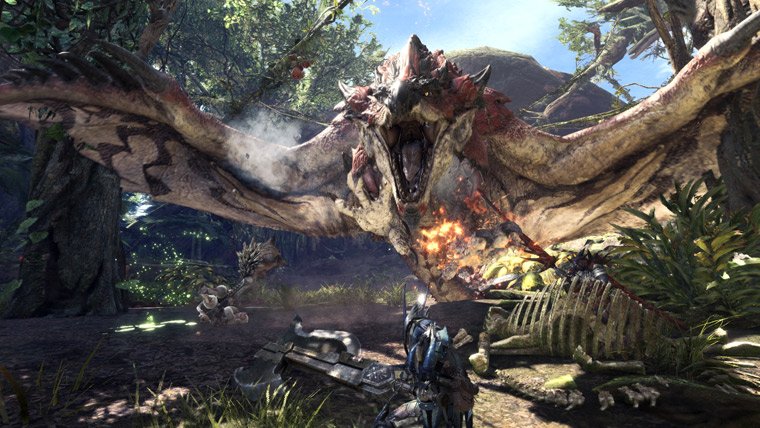 If you missed out on the PlayStation Plus-exclusive Monster Hunter: World beta last weekend, then Capcom is offering yet another chance to get back into the world of Monster Hunter with the announcement of a second beta for all PS4 owners from Dec. 22 to 26.

The first beta had players square off against monsters like the Rathalos and Diabolos — iconic monsters from the Monster Hunter series. Though they aren’t exactly high-level monsters, they aren’t easy either and do require some finesse to defeat. It’s unclear if the beta will feature the same enemies, but if it does, then players who participated in the first beta can take a second crack at learning their attack patterns (and hopefully defeating them) before the full game drops.

In the meantime, the pre-load of the beta will begin on Dec. 18 and Capcom added that the client from the first beta can be used to play the second, so hold on to it if you haven’t deleted it and intend to play again.

Monster Hunter: World is due out worldwide for PlayStation 4 and Xbox One on Jan. 26, 2018. A PC version will be released at a later date.