The latest news in the world of video games at Attack of the Fanboy
April 11th, 2016 by Dean James 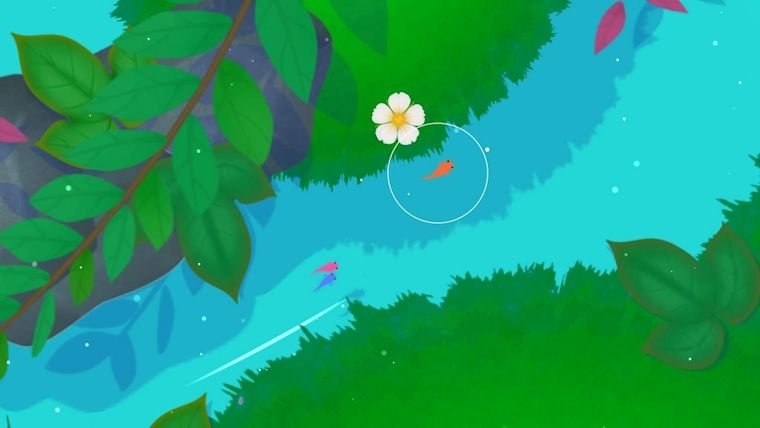 KOI was first announced for a release last month as the first Chinese developed game to ever be released in the West for the PS4. At the time, it was given a vague Spring release window, but now the game has officially received a launch date and it is very soon.

Coming from the independent Chinese publisher Oasis and developed by Chinese developer Dotoyou, KOI will be releasing next week on April 19 in the US exclusively for the PS4.

KOI is a little hard to describe in just words, as it definitely very different from the usual types of games that we get on consoles, but the official press release for the game does good job at explaining it a little bit.

“KOI takes players on a seemingly small journey with deeper meaning. Players guide the koi through the murky waters tainted by mankind by solving puzzles, discovering enchanting melodies hidden within deadened twigs and other zen-like missions to bring light back to the darkened, polluted waters. This artfully depicted world conveys a wonderfully imaginative experience with an entrancing soundtrack by popular Chinese artist, Zeta.”

While this is the first release for KOI in the US, it has already been out on mobile overseas, where it did win a number of awards. The question now is how well does it translate over to the console side.

KOI will be coming at a very affordable price as well at $9.99, while PS Plus members being able to get it for only $7.99 when it releases next Tuesday, April 19.