Civilization VI is Finally on Android with a Meaty Free Trial

Mobile gamers with Androids can now play Civ VI wherever they are. 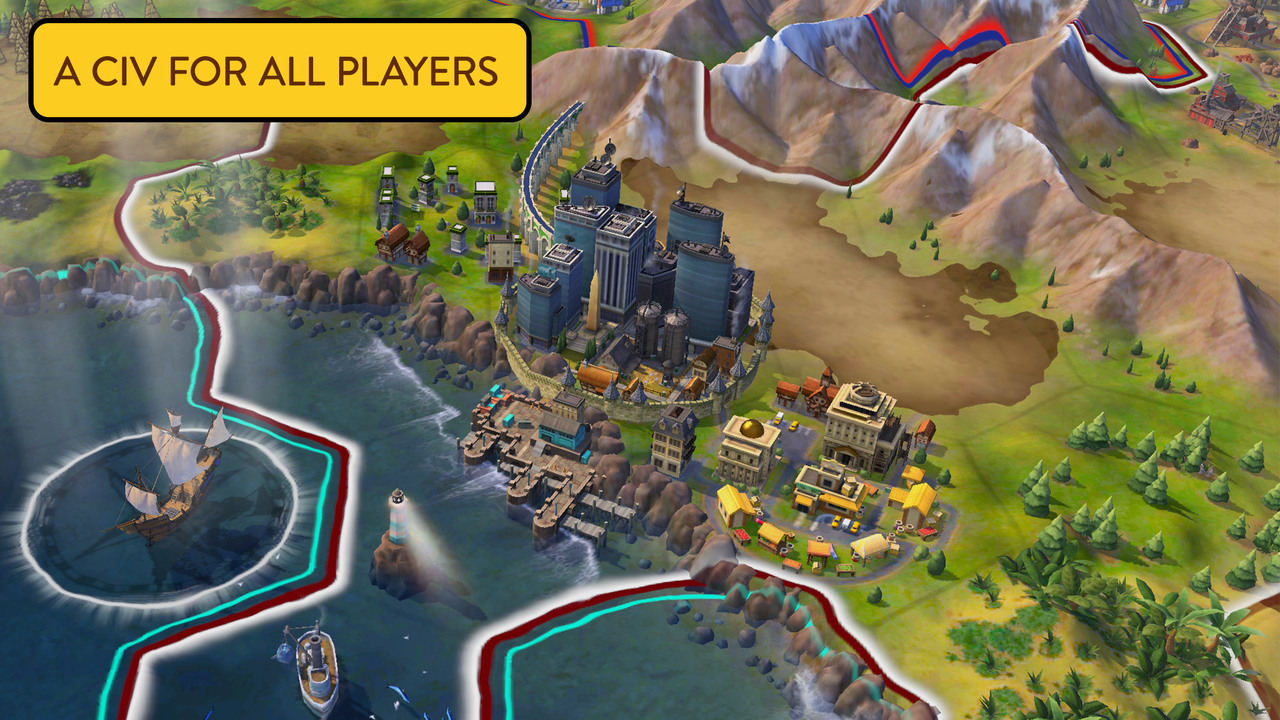 Do you ever feel yourself hankering for just one more turn in Civilization VI, but found yourself outside engaged with actual civilization? Well, if you’re an Android user you can finally take the game on the go, because as of today Civilization VI is no longer limited to iOS for phone users. The game is now on the Play Store for all Android devices. It’s a hefty 5+ GB download, but if you’re unsure if Civilization VI is for you it comes with a solid free trial.

Civilization VI is out on Android today, and includes a 60 turn free trial.

Anyone familiar with Civilization VI will know 60 turns is a lengthy amount of playtime. The tutorial is also accessible for free, so you don’t need to worry about wasting your trial is you are completely new to Civ VI. The game does support full cross-progression with other platforms, but you’ll have to actually buy the Android version to unlock access to your 2K account. It’s $20, so returning fans who love them some Civilization won’t have to drop too many bucks, but they will have to purchase all the DLC piecemeal again. Both expansions are available, with Rise and Fall running $30, and Gathering Storm $40. The miscellaneous scenario packs run anywhere from $5 to $9, so if you’re a Civilization VI diehard expect to drop some serious coin to unlock everything on mobile.

Do I wish there was a discount for existing customers? You bet your ass I do, but this is 2K we’re talking about. Current user reviews indicate the Android version is prone to crashing, so bear that in mind before you make the purchase (again, use that free trial). If you are new to the franchise and lack a console or PC to play Civilization VI then the mobile port should be solid enough. Personally: play it on the Nintendo Switch if you want a portable Civ VI. It has both controller and touch support, runs a touch better, and you can net some of the extras for a wee bit cheaper. But, that’s just me. Give the free trial a shot regardless, and go from there.