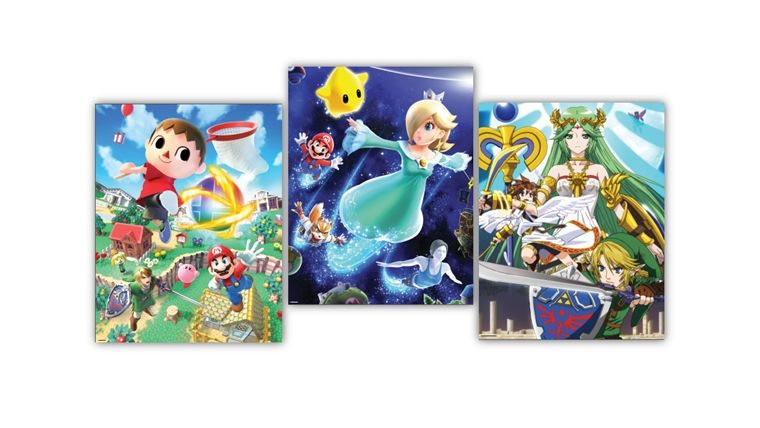 Club Nintendo has been around for years as Nintendo’s perks program basically, allowing gamers to get special products by redeeming coins that are earned by registering games and doing surveys. However, over the last few years, it has gradually gone down hill with very few physical rewards like there were in the past. However, they are not giving up completely as they are now offering a brand new poster set.

With perfect timing, Club Nintendo is offering a set of three posters for 700 coins that are based on Super Smash Bros. for both 3DS and Wii U. The three posters each show off a few fighters from the game, with two utilizing a 3D design, but the third taking on an anime like design, just like we saw in a few of the reveal trailers.

Both Mario and Link are featured on two of the three posters, while we also get other characters like Rosalina, Kirby, and Palutena. As always, the posters are a generous size, each coming in at 22″ x 28″. In addition, they will ship in a poster tube, so you will not have to worry about them being damaged in transit.

Based on past history with the poster sets, it will likely sell out very quickly. As a result, make sure to redeem your 700 coins now and guarantee yourself this poster set before they run out!