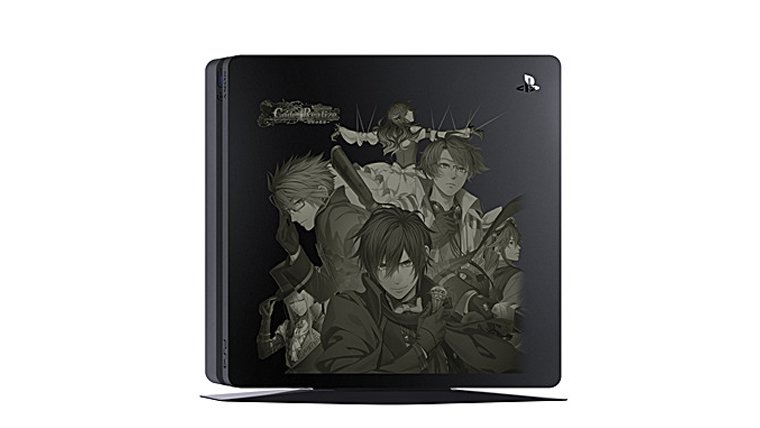 Sony and Idea Factory have presented this week in Japan a PS4 Slim model featuring a special design based on the upcoming Code: Realize – Bouquet of Rainbows, the compilation that brings the two PSVita entries of the visual novel series to PS4. The console will launch alongside the game in Japan on August 24, and it’s available to pre-order directly from Sony in 500Gb and 1TB versions.

Code: Realize is known for its steampunk artstyle and for mixing original characters with some popular figures from the literature, like Arsène Lupin, Abraham Van Helsing, or Victor Frankenstein, while also keeping a fairly light and romantic tone. The story of the series begins with Cardia, a young girl carrying a deadly poison in her body that rots anything that her skin touches. She lives isolated from the outside world in a mansion, but one day soldiers from the Royal Guard try to capture her. That’s when she meets Lupin and his friends, who help her escape and will embark with Cardia on a journey to find his father.

Code: Realize – Bouquet of Rainbows includes the games Guardian of Rebirth and Future Blessings, bringing the series for the first time to PS4. It is confirmed to launch in North America and Europe in 2018.