Could King K. Rool Be The Next Super Smash Bros. DLC Reveal? 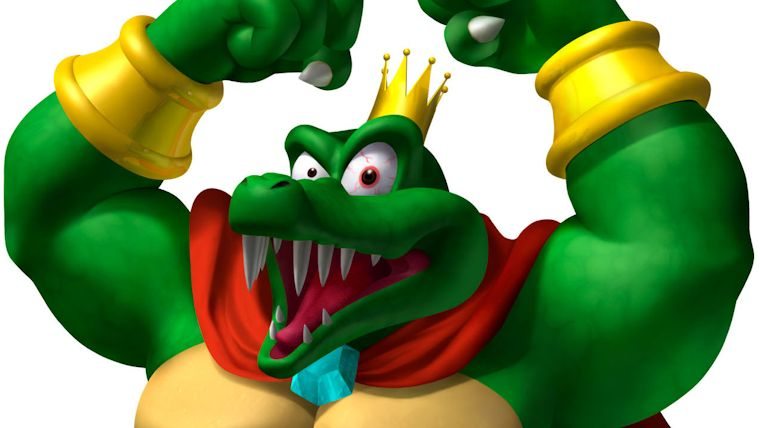 The Super Smash Bros. series has had a very impressive roster of characters over the years, with the latest entry giving us the best yet. However, there is one character that has been constantly requested but yet to make it in, but could a new copyright hint at his upcoming reveal?

King K. Rool debuted back in Donkey Kong Country and has become Donkey Kong’s #1 enemy. While he hasn’t been around in the two latest entries in the series, he is still who everyone thinks of when they think of Donkey Kong villain.

As a result, he has been a much requested character, especially with an overall lack of villains and big characters in the game. It wouldn’t be surprising at all to hear that he was one of the winners of the ballot contest and will be added and some new info might lend some credence to that idea.

As noticed by Gamnesia, the listing for the recently released DK Jungle Climber for DS on the Wii U Virtual Console includes something very interesting. When mentioning King K. Rool in the description, it shows that he is trademarked property. This might seem pretty common, but the previous listings for the Donkey Kong Country games did not have the character trademarked.

With King K. Rool coming in near the top in votes on numerous websites and this random trademark, could he be coming to Super Smash Bros.? He has been one of my most wanted characters as well, so hopefully this is more than mere coincidence. It’s likely we’ll find out about some new character relatively soon, so we could get our answer sooner rather than later.