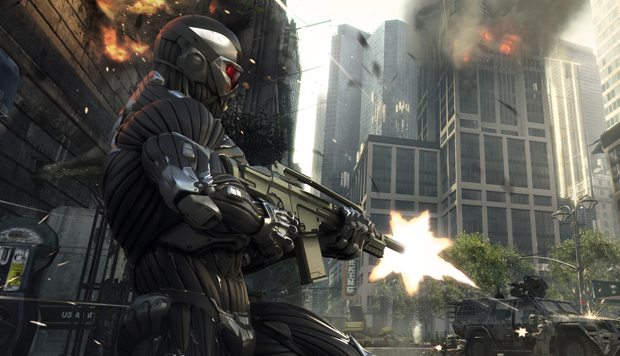 The wrapping will officially come off of Crysis 2 at E3 2010. Gearing up for it’s fall launch Crytek is retooling their community website MyCrysis. Going there now 6.13.10 you will find that the page is currently down for maintence. But earlier CVG reported that a message had appeared on the site which has since been taken down

“Looking to get your hands on Crysis 2 early? Now is your chance! Early registrations will be tracked, and our first wave of users will have a chance to win a key as and when the Crysis 2 beta takes place. All you need to do is sign up early and one day in the near future you may be receiving a mail with an invite to the game.”

The community site is scheduled to be back up shortly so keep checking for opportunities to enroll for the beta program.  In the meantime if you haven’t seen the gameplay footage from Crysis 2 which was recently released, that should whet your palette.

Update: The My Crysis site went live earlier today, but no Beta signup was on the page.  There was a registration form that alluded to “special recognition” of founding members of the site so perhaps that mean beta consideration, perhaps not.  Either way there are chances to win prizes as well as access to exclusive wallpapers. MyCrysis