The latest news in the world of video games at Attack of the Fanboy
April 11th, 2012 by William Schwartz 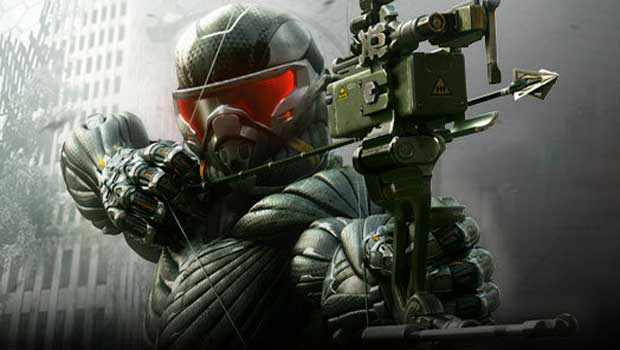 It comes as no serious surprise that the PC frying behemoth of a franchise will be returning for a third installment. What is mildly surprising is that it was EA who leaked their own game. A listing on Origin (now removed) displayed the image above, the title Crysis 3, and multiple editions for PC, Xbox 360, and PS3. Thanks to the internet minions (not to sound derogatory) over at NeoGaf, screenshots of the listing are now immortalized for everyone’s analysis and speculation.

It appears that Crytek isn’t ready to let go of the urban setting as you can see plenty of demolished buildings in the background, but that doesn’t mean it will be the ONLY environment in the potential sequel (crosses fingers intensely). Also, you may have noticed the compound bow our Nanosuit wearing protagonist is wielding, implying a new set of weapons for your arsenal. Hopefully that’s the case, because while Crysis 2 had a large number of weapons, they didn’t have quite the amount of variety that Crysis and Crysis Warhead had. I want to use some alien weapons again! Moving back on topic now…

There isn’t much more information to take from this, but we may not have to wait very long for more. Gamereactor has been teasing a possible Crysis 3 announcement for their next issue and their cover bears a striking resemblance to our protagonist’s little portrait here.

Despite Crysis 2’s financial and critical success last year, Crytek feels that their latest installment backfired on them after criticism from the PC community; accusing the game of dumbed down gameplay and level design, as well as not supporting DX11 at launch. Perhaps, Crysis 3 is a mixture of both Crysis and Crysis 2 (my fingers are crossed so much right now, they hurt)? We may find out very soon once Gamereactor releases their latest issue.