You can probably run it 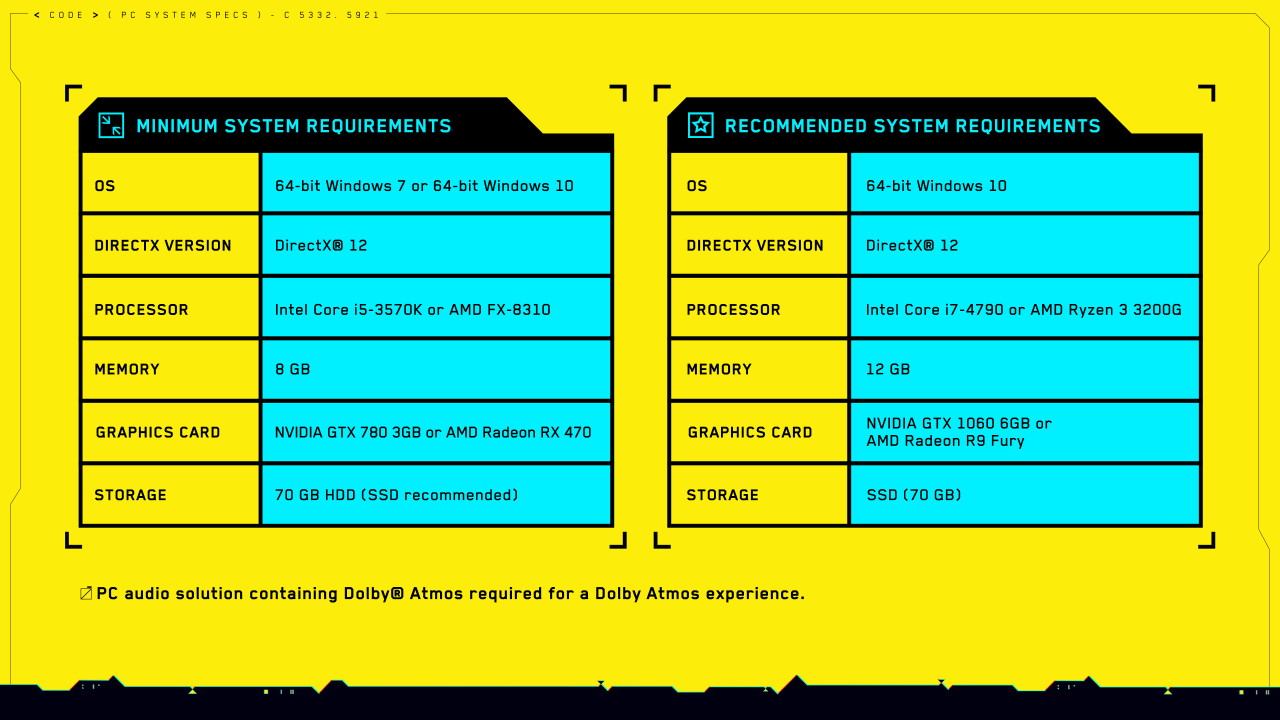 Today’s the day that PC gamers around the world have been anticipating with a mixture of excitement and dread. Why? Because today is the day they find out whether or not their PC can run one of the most anticipated game of the year: Cyberpunk 2077. The PC requirements are finally out and gamers can either get frustrated at how many parts they need to upgrade or breath a sigh of relief at how easily they can hit the targets. Most will be in the latter group with CD Projekt Red unveiling surprisingly low Cyberpunk 2077 PC specs.

Not too bad, right? I’d say most serious PC gamers will be able to clear the recommended bar pretty easily, though Cyberpunk 2077 certainly has better performance with better specs. Were you able to secure one of the five NVIDIA GeForce RTX 3080 cards that went on sale yesterday? Congratulations! You can run this game at 4k with a fantastic framerate on top. For everyone in between you’ll see varying levels of performance, but with requirements like this they should all be pretty solid.

Cyberpunk 2077 hits PS4, PS5, Xbox One, Xbox Series X/S, and PC on November 18th. The game has been hotly anticipated for years as the makers of The Witcher 3 promised great things from this scifi RPG. After the excitement generatd at E3 2019 with the reveal of Keanu Reeves’ character within the game, this is looking like a potential game of the year for many.