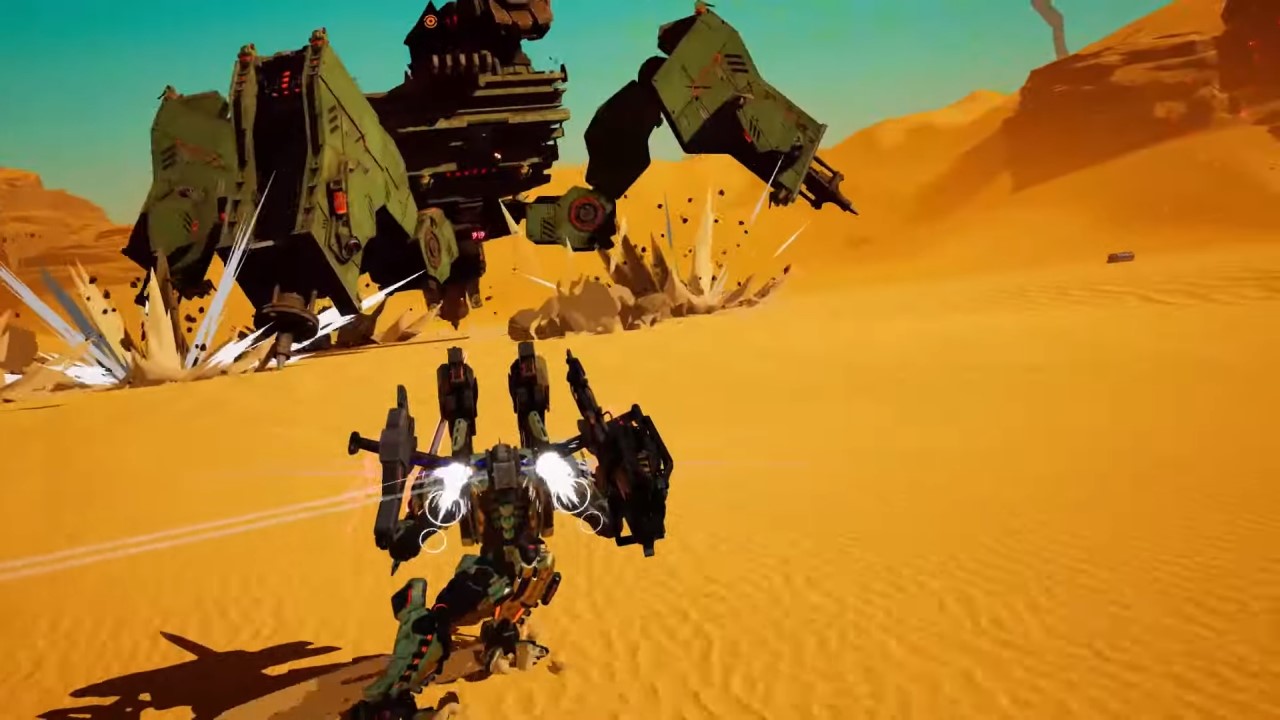 Former Nintendo Switch exclusive Daemon X Machina will be coming to Steam later this month, as revealed by a surprise trailer today. XSEED dropped the trailer with little warning, but we have a few details to share with those hungering for a new mecha experience on PC.

Daemon X Machina will sell for $60 normally, but those who wish to pre-order the game will get 20% off – meaning the game will cost $48 until launch. Additionally, anyone who picks up the game by March 13th will receive the Prototype Arsenal mecha, a Prototype Plugsuit for their pilots, and a Metallic Equipment Set with five weapons. While the mecha and suit can be bought separately at a later date, the Metallic Equipment Set is unique to this offer, so prospective buyers be warned.

Outside of pre-purchase goodies, the trailer boasts players can expect “epic 60 frames-per-second” combat, no doubt thanks to the game leveraging the more powerful hardware available on PC. The image above was captured from the trailer, which showed off gameplay from the PC version.

If you haven’t played Daemon X Machina on your Switch, but found yourself mildly interested, then the discount may prove enticing. Otherwise, this is the same game as the Switch version, including some of the updated content that was released (licensed content aside). There are apparently Witcher 3 skins as well, because why not.

In our review Kyle found that Daemon X Machina was a solid title for fans of the mecha genre, though, “only if you clear the initial hurdle set in front of you.” At a discounted price this may be worth looking into, but I’d personally advise waiting to see how well the game performs first. You can find the announcement trailer below.