Damien Mizdow Had To Mo-cap Randy Orton In WWE 2K16 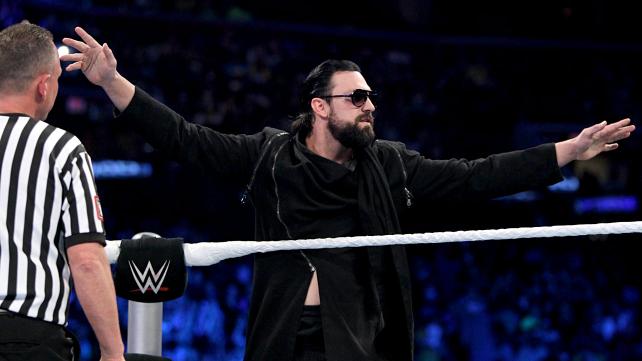 WWE 2K16 mo-cap work is underway, and Damien Mizdow is one of the current stars involved with acting out as other wrestlers.

Damien Mizdow was recently a guest on Chris Jericho’s podcast earlier this year. He said Cesaro was involved with the mo-cap work for WWE 2K15, but this year with WWE 2K16 it’s now his job. Usually independent wrestlers do the majority of the work, but Mizdow shared some interesting stuff he had to do this year.

Mizdow admitted that doing the mo-cap for Randy Orton’s entrance in WWE 2K16 was difficult for him. Mizdow said he had a hard time mimicking Orton’s unique style of walking. Jericho butted in and said Orton kind of dangles when he walks to the ring. Mizdow said it took him several takes to get Orton’s entrance right.

Mizdow said the hardest move to mo-cap was a counter to the 619. He was to rest there in position, catch the person doing the 619 and lay them out with a side slam. He said there were several wrestlers that helped doing other moves too. He obviously couldn’t do all of the flying moves.

When you play WWE 2K16 later this year, you will know that Mizdow is the one that is acting the moves and entrances.

YouTube user, KingMoe, captured an excerpt you can listen to below: