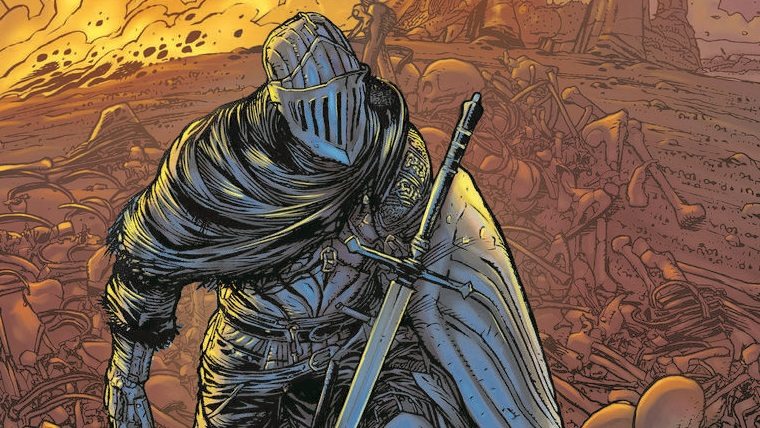 Even though the lore contained withing the Dark Souls series has been cryptic at best, that still hasn’t stopped many hardcore fans from painstakingly putting all the pieces together to form something that arguably makes sense. Well, those same hardcore fans will now have more story to sink their teeth into very soon.

IGN has revealed that a new Dark Souls comic series from Titan Comics is set to launch alongside Dark Souls 3 this April. The series will be telling new stories that are set within the Dark Souls world, rather than being a retelling of one of the games released so far.

The series will be written by George Mann, who said the following regarding the new series:  “I’m ‘dead’ excited to be working on this new series (see what I did, there). Dark Souls has a rich, original universe that’s just begging to be explored in comics, and I’m honoured to have the opportunity to delve in and tell some new stories within it. I’ve been a fan of the games for some time, so it’s a real thrill to be able to contribute to the mythology of the Hollows and their world.”

The first issue is set to release a week before Dark Souls 3 on April 12 and will come in five different cover variants. It has not yet been revealed how long this series will run for at this time.

Dark Souls 3 is set to launch on PlayStation 4, Xbox One and PC on April 12.