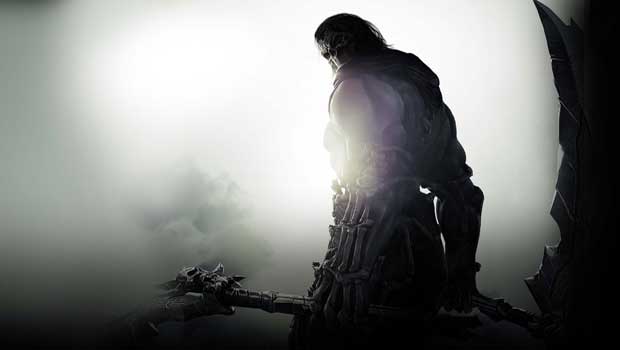 The release date for Darksiders 2 has been shifted from late June to August, according to THQ. Without an exact date in August, the game is scheduled as an August release, and THQ explains that the release date was moved “to ensure we meet the high quality threshold that we are committed to achieving. It has nothing to do with any other platform releases (Wii U).

Q.) When will the game be available in North America?
A.) Darksiders II is scheduled to be available on Xbox 360, PlayStation 3, and PC in August of 2012. The release date will vary by region (as they did with a June release). The exact street dates will be issued for each region in the days to come.

Q.) Has the date been pushed back to tie in with Nintendo’s WiiU™ launch?
A.) The date was shifted to ensure we meet the high quality threshold that we are committed to achieving. It has nothing to do with any other platform releases.

Q.) Is Darksiders II being pushed back because of the recent layoffs at Vigil Games?
A.) No, the staffing changes at Vigil Games have not impacted the release date.

Q.) Is content going to be cut from the game?
A.) Definitely not! As we approached the game’s completion date, the team asked for more time to polish the huge amount of content included in this ambitious project. We are all committed to making Darksiders II the highest-quality game possible and the additional time will allow the team to do just that. The game content remains unchanged, as do our future DLC plans.

Q.) Are you truly pushing the date back to make Darksiders II a better game?
A.) Absolutely, that is the only goal fueling this decision. Nothing is more important to us than quality and thankfully our company’s current operational position allows us to make the right choice for Darksiders II.

Q.) Aside from getting it later, will this affect my pre-order?
A.) Definitely not, everyone who has/does pre-order Darksiders II will receive the Limited Edition at release, along with any associated retail exclusive content.

Q.) Will the game definitely release in August or will it be delayed again?
A.) This small delay is to allow additional time for polish and bug fixing. As we’ve stated in numerous articles and videos, Darksiders II is substantially larger game than its predecessor and the ambition of this project requires extra time to polish to the high standards that Vigil Games and THQ are committed to.