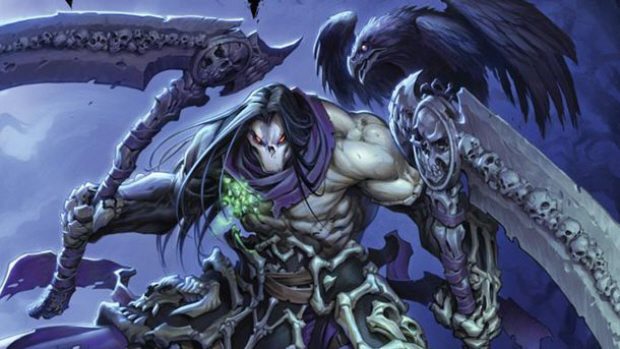 You’re probably already well aware that Death is the most feared of the Four Horsemen of the Apocalypse. Did you also know that he’s so badass, he doesn’t even need a bunch of cinematic sequences to make the new trailer for Darksiders 2 epically awesome? The game’s new “Death Comes for All” trailer displays more like a feature film than a video game, but that’s okay by us. The trailer gives us a glimpse of the heavily upgraded scale of Darksiders 2, which is said to be four times the size of its predecessor, as well as some ambitious-looking and gargantuan bosses for the series’ new protagonist to deal with.

Set to hit store shelves next month, Darksiders 2 will take place within the same time period as the first game, but players will be controlling the Horseman Death rather than his brother, War. After War is falsely accused of beginning the Apocalypse early, Death sets out on a quest to prove his brother’s innocence and restore balance.

Check out the impressive new trailer for Darksiders 2 below, produced entirely by the title’s in-game engine. We’d be lying if we said it wasn’t refreshing to see a game utilize its actual engine’s graphics to build hype for launch, rather than relying on big-budget, cinematic production values that players haven’t got the slightest chance of witnessing when they put the game in their disc tray.

Darksiders 2 Trailer – Death Comes for All