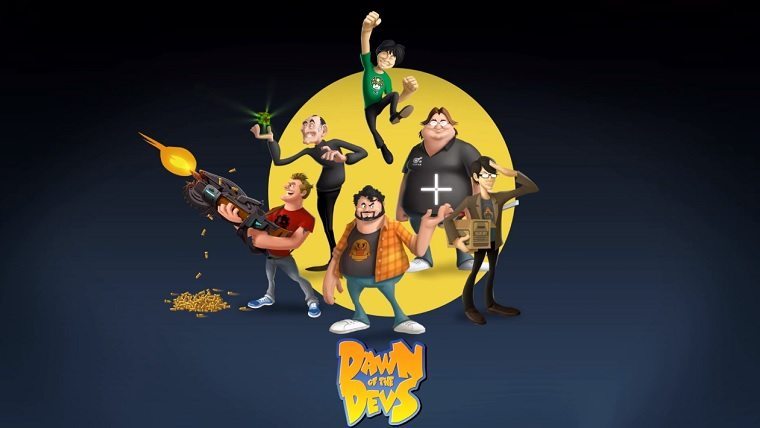 While game developers like Hideo Kojima, Tim Schafer and Cliff Bleszinski have brought us all games that we’ve loved, they’ve never actually starred in a game of their own where they are the heroes. Well, that has all changed as a Kickstarter campaign for a new game called Dawn of the Devs has been announced that stars everyone’s favorite game developers.

Here’s the official description of the game from the game’s Kickstarter page:

“Dawn of the Devs” is a 2D puzzle platformer where three game industry gurus (Tom Schiffer, Biff Klozinski and Hiro Komiya) embark on an epic quest after they are drawn into the Wicked World of Gaming, an alternate world where every negative aspect of the game industry has come to life thanks to the dark arts of sinister character. Together they’ll have to combine their unique abilities while they journey through twisted lands, defeating enemies and solving puzzles to rid the World of Gaming from the sinister menace that has risen and threatens to destroy the gaming industry forever.”

The Kickstarter campaign for Dawn of the Devs is asking for $65,000 with 29 days left to go when the campaign ends on October 7th. The game is currently listed as only having a PC release, though PlayStation 4 and Xbox One versions will be added if the game’s campaign hits $100,000.