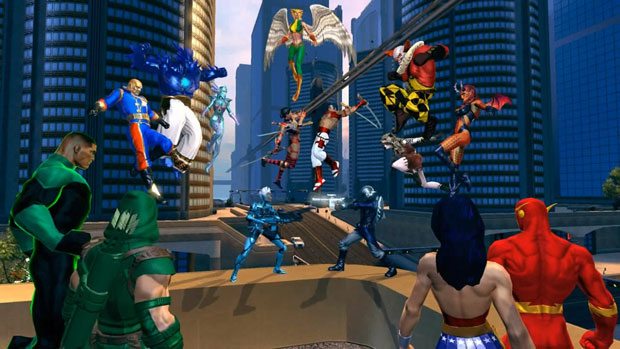 Sony recent jump into the console MMO market with DC Universe Online has been a commercial success.  The game has been selling exceptionally well in the United States and United Kingdom markets.  Retailers have experienced shortages of the new game just a week into its very well received launch.  The President of Sony Online Entertainment explained recently that ” more units of DC Universe Online are on the way to retail”.

John Smedley, the executive that made the quote above also noted that servers in DC Universe Online are at near maximum capacity.  This comes shortly after Sony added two new servers for the PVP portion of the game.  This upped the server count from 14 to 16 servers and gave new players two new worlds where heroes and villains could do battle.