The latest news in the world of video games at Attack of the Fanboy
November 19th, 2015 by Dean James 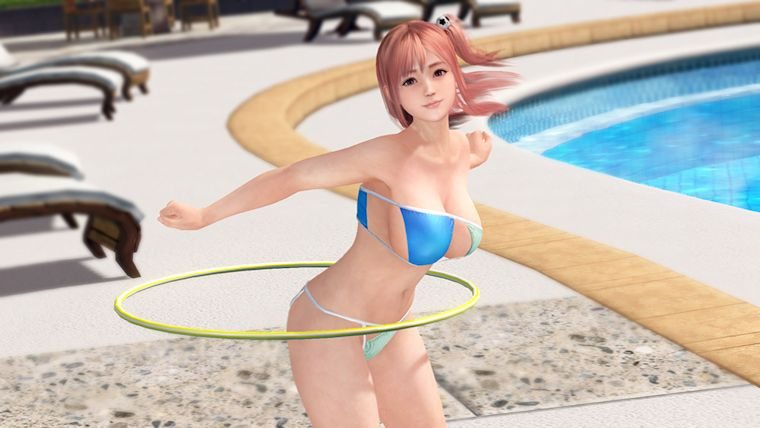 It seems like a lot of news has been coming out for Dead or Alive Xtreme 3 lately, and even more was revealed during a special live stream yesterday from Koei Tecmo. We recently learned of more of the mini-games that will be offered and now details of the game’s setup has been revealed alongside new images and new trailer.

The premise of previous games in this series have involved the DOA girls heading to Zack’s Island for a reason. According to DualShockers, Dead or Alive Xtreme 3 will take a similar path to previous games by offering a 14 day cycle.

Within each day in these two weeks, there will be four time periods, morning, noon, evening, and night. During the first three, you can do a number of different things, including one of the games, taking it easy, giving a gift, or going shopping, with going to the casino, giving a gift, or sleeping being the options at night.

Most of these are self-explanatory, with the taking it easy time including the gravure-like photo mode we mentioned yesterday. For the most part, these sound very similar to the first two games in setup, but the variety of options seems to be higher, which is great news.

Dead or Alive Xtreme 3 is releasing on both PS4 and PS Vita, under the separate Fortune and Venus names, but most of the focus has been on the PS4 version, due to looking much better. As a result, we have a new trailer for the PS4 version that you can check out below.