Dead or Alive Xtreme 3 Confirmed For PS4 And PS Vita 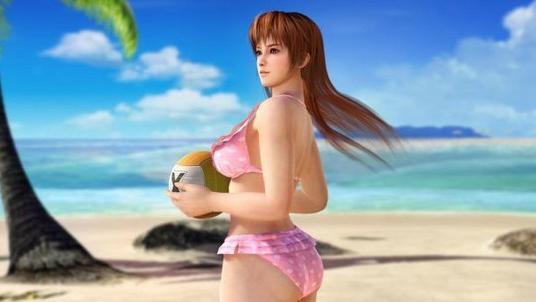 Dead or Alive Xtreme 3 has now been officially confirmed and it will be released for the PS4 and PS Vita consoles.

Famitsu magazine has now posted a preview that confirms Dead or Alive Xtreme 3 is indeed getting developed. Details are scarce right now, but a screenshot shows Kasumi in a pink bikini getting ready to play Volleyball.

Users from NeoGAF found out that the PS4 and PS Vita versions will have different names. The Vita version will be called “Venus” while the PS4 version is called “Fortune”.

Team Ninja previously stated the game was only going to be out for Asian markets only. This may be a reason why we’re not seeing it getting released for the PC and Xbox One.

Team Ninja is doing this as they feel Western gamers don’t really play these sorts of games. Still, there are gamers out there that would like it to be localized. Somebody will probably make a petition about it I’m sure.

It’s good to know Dead or Alive Xtreme 3 will still have actual beach volleyball in it. The second game added a lot of other mini games too such as pool jumping, butt battles and more.

Are you looking forward to playing Dead or Alive Xtreme 3 or do you feel Team Ninja should have started work on Dead or Alive already?