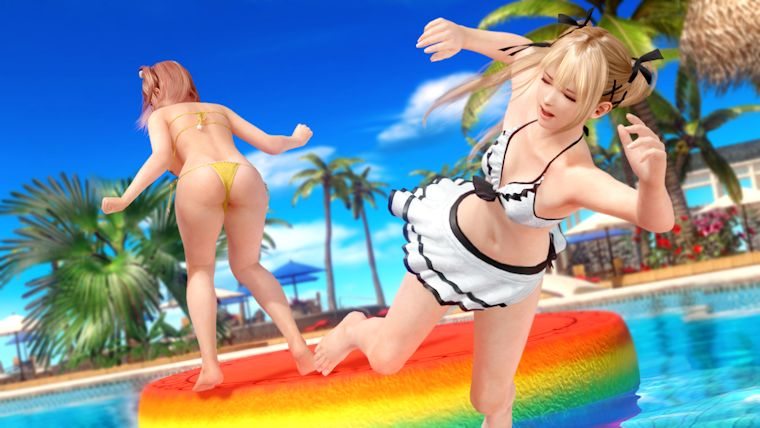 Dead or Alive Xtreme 3 was finally announced earlier this year with some polarizing news all around. The first was the limited roster that was decided based on a vote through the purchase of DLC, but the reveal that it wasn’t planned for release in the West was even worse. Luckily, if that last part holds true, it sounds like it will be rather easy to play the game here anyways.

It has been revealed that Dead or Alive Xtreme 3 will be receiving a multi-language release in Asia, which includes subtitles for Japanese, Chinese, and English.

This is fantastic news for those in the West that really wanted to play this game, as with PS4’s and PS Vita’s being region free, you can play this version almost as if you bought it here in the US with the subtitles, as some prefer DOA with their Japanese voices anyways.

This version also won’t be censored in the least, which we don’t even know what they could censor if the game eventually came to the US anyways.

If you are interested in getting Dead or Alive Xtreme 3 Fortune for PS4 or Dead or Alive Xtreme 3 Venus for PS Vita, you can pre-order them both right now from Play-Asia. The PS4 version will cost you $72.99, which isn’t that bad, though the PS Vita version is pretty pricy for a Vita game at $64.99. Shipping is only $4.99, so this definitely is affordable if it is worth your while to import it.

Dead or Alive Xtreme 3 will release in Asia this February.