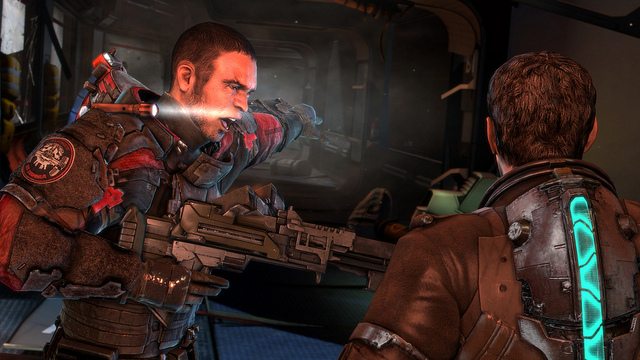 EA and Visceral Games have been evolving the Dead Space franchise over the years, and its been growing in popularity.  The original Dead Space was a pure single player survival horror experience.  With Dead Space 2, Visceral Games introduced online multiplayer into the mix, while beefing up on action sequences and visuals.  In Dead Space 3, fans will once again see changes to the series, with the developer dropping multiplayer for online cooperative play.

In a recent interview with the PlayStation Blog, Visceral Games’ Steve Papoutsis explains the fan reception of the online mode, and why the developers will be changing up the formula yet again.

“We’re not doing competitive multiplayer this time – we’ve done that – but it was a big help in us understanding how to build an online game. With our co-op we wanted to make sure that whatever we did felt unique. We didn’t just want to have an AI bot follow the player around and then when you hit a button and someone starts controlling that guy. That wouldn’t feel like Dead Space.

The other challenge was creating a co-op mode that felt additive to the experience. You don’t have to play it – you can play Dead Space 3 in single player and it plays out in very similar way to what you’ve experienced in the past.

And we needed to create a character that fit into the universe and didn’t feel like a throw-away character. We first announced John Carver through a graphic novel, so he has his own unique personality and backstory. So when you get into the game he actually brings value to what’s going on. You learn about him and his own personal demons. That’s very different, and we feel it’s very innovative.”

It was the big new feature that EA unveiled at E3 2012 for Dead Space 3, but in the interview on the PlayStation Blog, Papoutsis confirms that “the intense single player experience” is still very much intact.