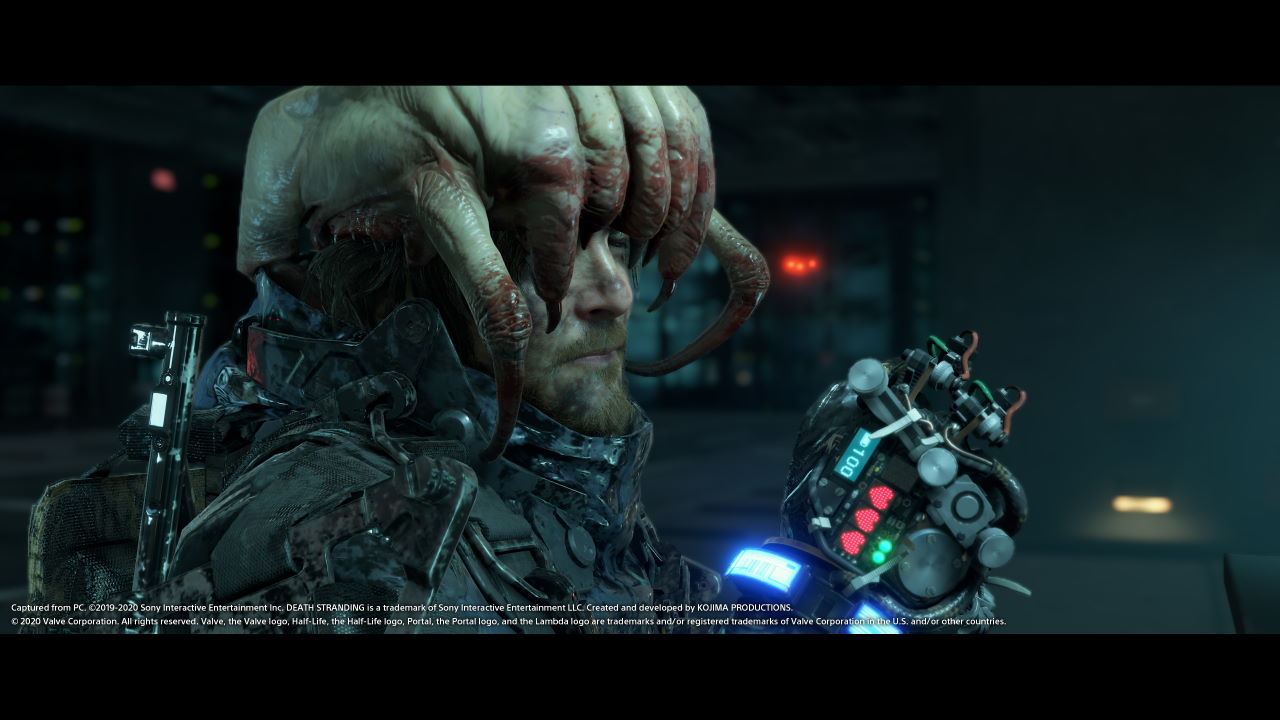 After months of waiting, which followed years of waiting for the PS4 release, Death Stranding is finally coming to PC for all to play. We’ve previewed the game right here and you can expect a full review before the game arrives on July 14th. Along with added visual treats such as a higher framerate and resolution there’s also some new content built into the campaign. Featuring a cross over with Valve’s mega franchises Half Life and Portal, fans have been pretty anxious to see what this whole thing is. While we can’t explain everything, we do have some additional new details about the content.

In short, while playing through Death Stranding on PC you’ll receive some new missions via email that seem a bit different. You can tell when they’re a part of the Half Life and Portal side content by the logo featured in the subject line. Reading them won’t always trigger an actual new mission, instead offering cryptic directions to items that the person has lost and wants Sam to find. Of course, things aren’t quite what they seem.

While the emails come from certain characters, there’s clearly something else going on behind the scenes, but you’ll have to complete the full mission set to find out. The first pops up pretty early in the game, tasking Sam with hunting down a lost Companion Cube from the Portal series. Once found and delivered you’ll get Gordon Freeman’s iconic glasses. Other items will be featured as a reward, including a really awesome headcrab hat (seen above).

Until launch we can’t say how many missions there are or what all the rewards are, but if you were looking for something new in the PC version of Death Stranding beyond the usual visual improvements then this is it. Fans will definitely want to watch for those emails to come in so they can unlock all the new Half Life and Portal related items.