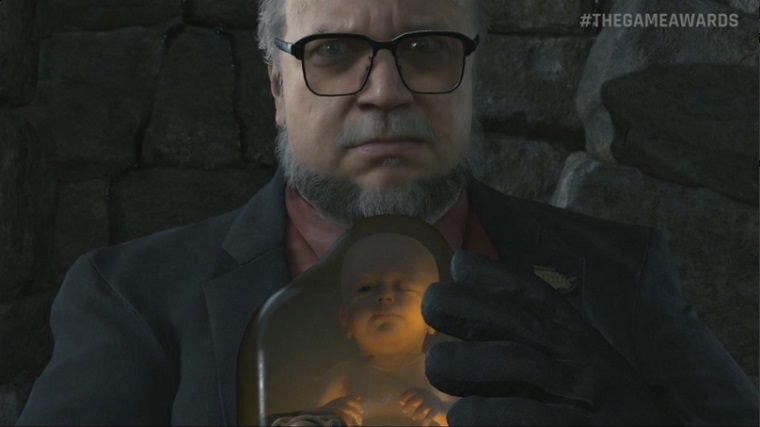 Death Stranding was announced at E3 earlier this year as Hideo Kojima’s first standalone game after leaving Konami and we really have no idea what the game itself is about. Thankfuly, we got yet another trailer for the game at The Game Awards 2016 and we are still as confused but even more excited to play it.

The trailer features a guy in a business suit, which almost looks like Guillermo Del Toro, in a area full of destruction with things flying above him. He then sees some sort of tank covered in what looks to be guts that is followed by soldiers. He’s holding onto something, which ends up being a chamber with a little baby in it.

Before long a baby doll comes by in a little stream of water. This goes down into a pathway where enemy soldiers are again. Within this group one of them does some sort of transformation and is played by Mads Mikkelsen.

Like the previous trailer for Death Stranding, we still have no idea what it is about, but man does it look good. Like Kojima is known for, the game is bound to be make our minds go crazy, though we know this one is a long ways away.

You can check out the latest trailer below for the game, and make sure to let us know what you think in the comments below.