Destiny: The Collection Announced; Includes Base Game Plus All DLC For $60 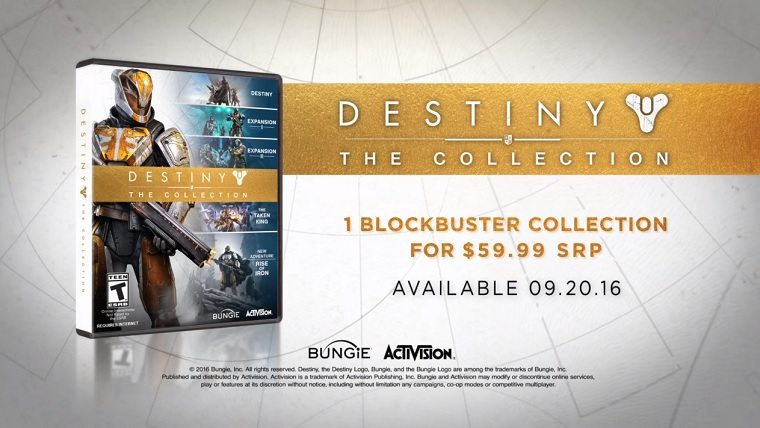 Earlier this month we had heard rumors that a new version of Destiny was being released that would contain all of the DLC released up to this point, and now that has been confirmed. The game is officially called Destiny: The Collection, and comes with all available additional content (plus the upcoming one) along with the base game.

Activision made the official announcement today, revealing that the collection includes the base game, The Dark Below, House of Wolves, The Taken King and the upcoming Rise of Iron expansions. Pre-ordering the collection digitally will get you immediate access to all content other than Rise of Iron, as well as a character boost.

Destiny: The Collection is set to launch for PlayStation 4 and Xbox One on September 20th and will cost $60. Check out the official trailer for it below.

Home / Game News / Destiny: The Collection Announced; Includes Base Game Plus All DLC For $60