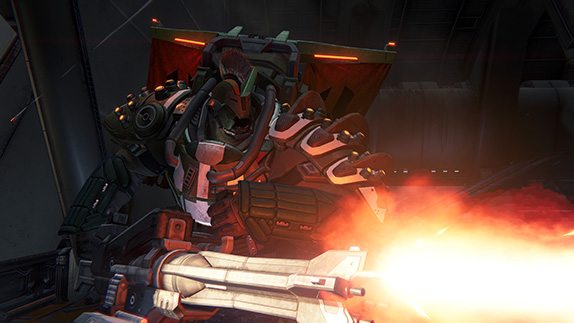 Destiny fans will soon have more information regarding the upcoming second expansion to the game, House of Wolves. Meanwhile Bungie has detailed some of what to expect in Patch 1.1.2 which is expected to release alongside House Of Wolves or earlier.

The highly anticipated House Of Wolves content has been announced via the Bungie weekly update to have more revealed about it later this month. So fans preparing themselves will get a better idea what to expect with Destiny‘s second expansion.

Some features of the upcoming Destiny Patch 1.1.2 have been revealed in the past but they have gone a bit more in-depth today to say that it will feature fixes to Raids, and it will tackle “their worst bugs.” They also plan on refining raids as well as strikes. Senior Designer, Gavin Irby had this to say about the changes coming to raids;

“The Raids are living content for us. We play every week and experience them in the same ways as any other player. In 1.1.2, we have an opportunity to make some targeted fixes. We prioritized a list of items based on community feedback and tried to hit the ones that have been the most important to players. In particular, we wanted to improve the Atheon and Crota boss encounters. They’re challenging enough without the game getting in your way.”

Activities Engineer, Sean Chan also had this to say about the raid fixes coming to Destiny;

“Fixing bugs for the Raid is most challenging in two ways: figuring out went wrong and devising a safe way to fix it that won’t break the rest of the game. The Raids have some of the most edge-casey content in the game, so the bugs can get really tricky. For example, we had a bug where players weren’t doing damage to Minotaurs with the Relic shield. Turns out that the complicated hit test we use to detect a melee hit just missed the combatant because of the long-legged shape of its body. Some of these bugs were truly baffling, but we dug deep and went to great lengths to improve things.”

The patch notes for update 1.1.2 is mentioned to be ‘coming soon’ and will also have some Strike fixes, which is said to change the way some strikes play out. User Research Lead, John Hospon spoke about one of the hardest strikes in the game, the Cerberus Vae III Strike.

“The Cerberus Vae III Strike is arguably the longest and hardest Strike in the game.  It has one the lowest completion rates of any of the Strikes. Even when players complete it successfully, it takes longer than almost any other Strike activity at 27 minutes on Normal difficulty.  When it’s appeared as the Nightfall, it’s actually had the lowest completion rate of any Strike activity in the game. The Dust Palace Strike isn’t quite as hard, but it still takes longer to complete successfully than the average Strike at 23 minutes on Normal difficulty.”

Finally, Destiny Production Engineer, Brenton Woodrow explains what their goal is for tweaking Strikes for the upcoming patch.

“Our goal was to ease the difficulty for the least-completed strikes. In order to do this, we focused on the final boss encounters, which were fairly lengthy on higher tiers. We addressed this by reducing the strength for several of the major combatants. We also felt that the bosses themselves could use some tweaking. We reduced Valus Ta’Aurc’s health by a third and reduced the Psion Flayers’ shields by about 15%. We locked these changes after several playtests with the designers and feel that they bring these encounters in line with the rest of the Strikes.”

Fans can look forward to the House Of Wolves news later this month as well as hopefully a release of the Patch notes for 1.1.2 in the coming weeks for Destiny.